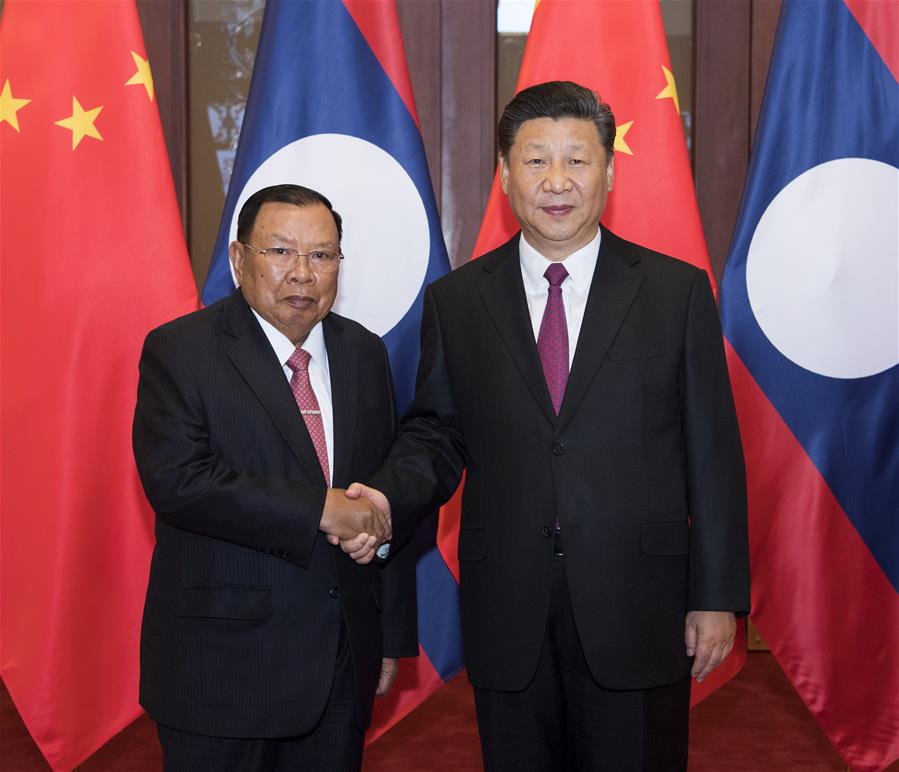 On behalf of the CPC and the Chinese government and people, Xi extended sincere sympathies and firm support to their Lao counterparts.

Noting that China and Laos are both socialist countries led by Communist parties, Xi said that at a critical moment in China's fight against the coronavirus disease, Bounnhang immediately sent a letter of sympathies to him.

That, along with the brotherly and sincere help from various sections of Lao society, has vividly demonstrated the spirit of the China-Laos community with a shared future, which is characterized by sticking together and helping each other through thick and thin, added Xi.

Stressing that the Chinese people will bear Laos' support in mind, he said he is deeply concerned about the difficulties Laos is facing in its epidemic prevention and control.

The Chinese side sent medical experts to Laos in the shortest time possible and has offered assistance in medical supplies, Xi said, adding that China will continue to provide all-out support and assistance.

He said he believes that the Lao people will surely defeat the virus under the firm leadership of the LPRP Central Committee headed by Bounnhang.

The pandemic has once again proved the importance and urgency of building a community with a shared future for mankind, Xi pointed out, noting that the recent extraordinary leaders' summit of the Group of 20 has sent a positive signal on joining hands against COVID-19 and safeguarding the stability of the global economy.

China, he said, will continue to work with the international community, including Laos, to contribute to defeating the epidemic at an early date.

Meanwhile, China stands ready to maintain high-level exchanges with Laos and advance bilateral cooperation in line with the action plan on building the China-Laos community with a shared future, added Xi.

He called for concerted efforts to deepen exchanges on experience in party and state governance, steadily push forward such major projects as the China-Laos railway and economic corridor, promote people-to-people exchanges, and strengthen coordination in international and regional affairs.

In doing so, he said, the two countries can continuously deliver more solid outcomes in the building of the China-Laos community with a shared future and create greater benefits for the people in both countries.

Xi also wished the 11th congress of the LPRP to be held early next year a great success.