EIJING, May 28 (Xinhua) - Chinese President Xi Jinping said Friday that he stands ready to work with his Austrian counterpart, Alexander Van der Bellen, to strengthen cooperation on the joint construction of the Belt and Road. 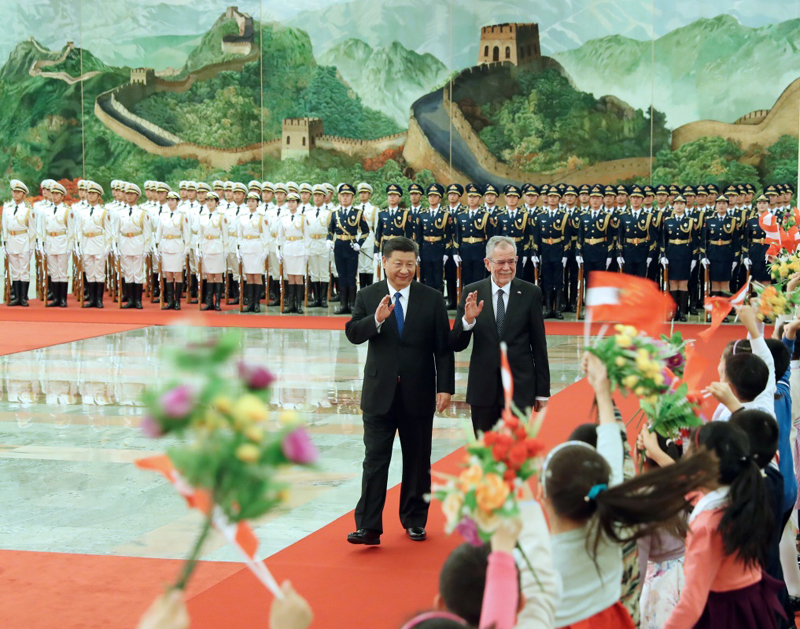 In his message exchanged with the Austrian president to celebrate the 50th anniversary of the founding of bilateral diplomatic ties, Xi said he attaches great importance to China-Austria relations, and stands ready to constantly promote the China-Austria friendly strategic partnership to new levels, so as to bring benefits to the two countries and peoples.

Xi pointed out that since the founding of bilateral diplomatic ties 50 years ago, China and Austria have adhered to principles of mutual respect, mutual trust, and win-win, driving forward the development of ties consistently.

Since the two countries confirmed the establishment of a friendly strategic partnership in 2018, the bilateral relations have witnessed new development opportunities, Xi said, adding that the two countries have been deepening political mutual trust and constantly exploring practical cooperation in various fields.

During the joint fight against the COVID-19 pandemic, the two sides have helped each other, deepening the friendship between the two peoples, Xi said.

In his message, Van der Bellen said the establishment of a friendly strategic partnership between Austria and China is a milestone in the development of bilateral relations.

The two countries have supported each other in the anti-pandemic fight, which has not only highlighted the high level of bilateral relations, but also demonstrated again the importance of joining hands to address global challenges, he said.

Noting that China is an important partner of Austria, and that the two countries share great potential for exchanges and cooperation in various fields, Van der Bellen said he wishes the two countries prosperity and their people happiness and health.

In the message, Li said China stands ready to work with Austria to take the celebration of the 50th anniversary as an opportunity to strengthen mutually beneficial cooperation, expand friendly exchanges, and push forward the continuous development of bilateral ties.

Kurz said in his message that he is willing to make positive contributions to the further development of Austria-China cooperation.