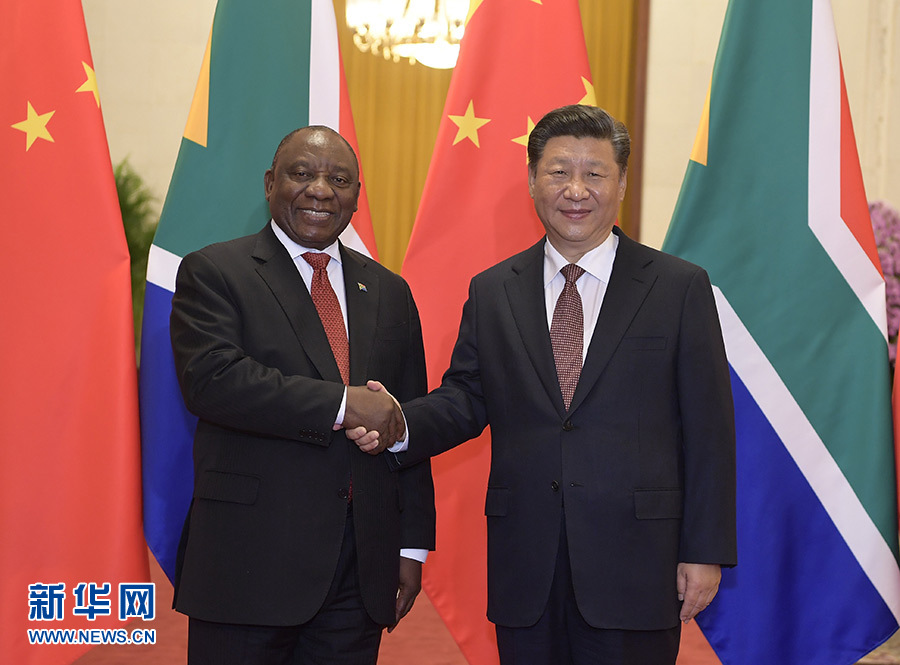 "Comradeship plus brotherhood" marks the special friendship between the two countries and the two ruling parties, Xi said.

China firmly supports South Africa's endeavor in COVID-19 fight, Xi said, adding his country will continue to offer help within its capacity to South Africa in line with the latter's needs, share its experience in epidemic prevention and control, and strengthen cooperation in health care, Xi said.

Xi expressed confidence that under the leadership of Ramaphosa, the South African government will achieve positive outcomes from its anti-epidemic measures.

China is willing to enhance political mutual trust with South Africa, understand and support each other on issues concerning the other side's core interests and major concerns, promote bilateral cooperation for more progress, and strengthen cooperation within such frameworks as the BRICS and the G20, Xi said.

Xi stressed that China and South Africa are good brothers who share weal and woe.

The Chinese side has been following the epidemic situation in Africa and provided batches of anti-epidemic assistance for the African Union and all African countries that have diplomatic ties with China, Xi said.

Experts from both sides have held video conferences for several times, and many Chinese enterprises, local and non-governmental organizations have also provided anti-epidemic supplies, Xi added.

Xi said that China stands ready to continue support for African countries, accelerate the building of the Africa Center for Disease Control and Prevention, enhance China-Africa cooperation on public health and disease prevention and control, and help Africa improve its capacity in this regard.

Xi called for the international community to uphold the vision of building a community with a shared future for mankind, strengthen solidarity, coordination and cooperation, and resolutely contain the spread of the epidemic, so as to protect people's safety and health.

China is willing to work with South Africa to implement the outcomes of the Extraordinary G20 Leaders' Summit on COVID-19, promote international cooperation on epidemic prevention and control, and safeguard public health in Africa and around the world.

For his part, Ramaphosa said China has contained the epidemic through decisive and strong measures, which sets an example for other countries and provides valuable reference.

He said he appreciates China's support for South Africa and Africa over the years, especially the precious assistance provided at current difficult time for their fight against COVID-19, which is very important to them and boosts their confidence in beating the epidemic.

Ramaphosa said he stands ready to work with Xi to implement the consensus of the Extraordinary G20 Leaders' Summit and promote global solidarity and cooperation.