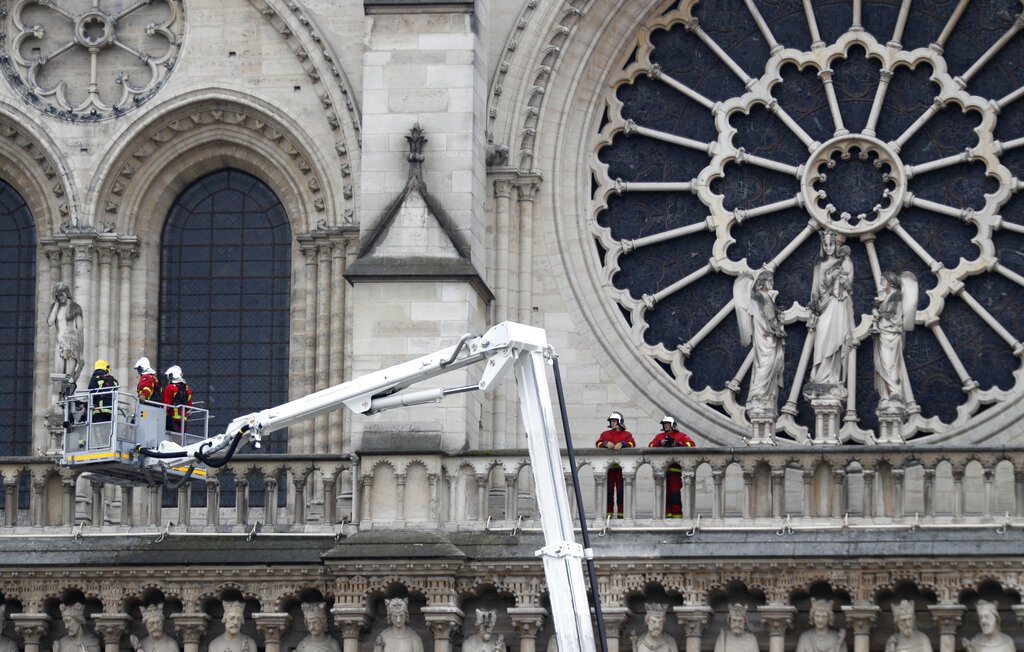 He pointed out that Notre-Dame Cathedral is an important landmark of the French civilization and an outstanding treasure of human civilization.

Just like the French people, the Chinese people are as deeply saddened by the fire.

“I believe that with French people’s efforts and the support of the international community, Notre-Dame cathedral will be successfully repaired and shine its glory again,” Xi said in the note.

Experts assessed the blackened shell of Paris' iconic Notre Dame Tuesday morning to establish the next steps to save what remains after a devastating fire destroyed much of the cathedral that had survived almost 900 years.

Cover image: View of the Notre Dame cathedral after the fire in Paris, Tuesday, April 16, 2019.