Xi sends condolences to Duterte on blasts in southern Philippines

BEIJING, Jan. 29 (Xinhua) -- Chinese President Xi Jinping on Tuesday sent a condolence message to his Philippine counterpart, Rodrigo Duterte, over the blasts in the southern Philippines. 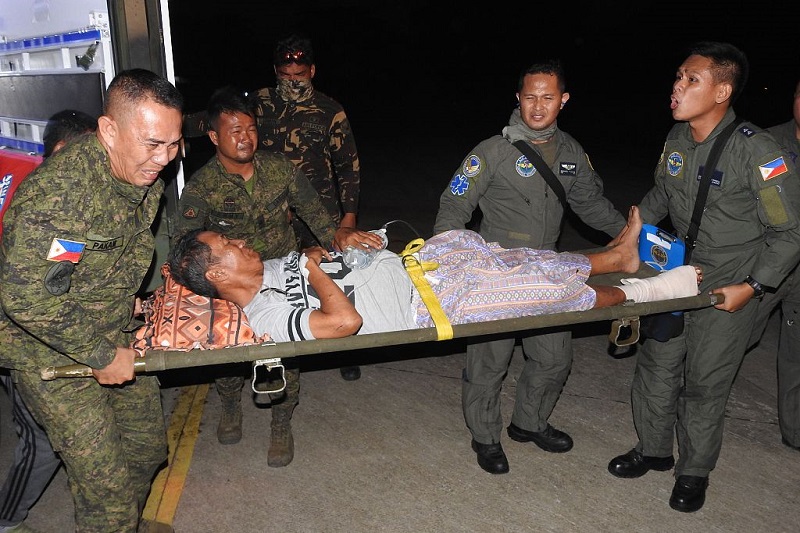 A wounded victim of the explosion inside the catholic cathedral is carried to a military plane in Jolo town, sulu province, in southern island of Mindanao on January 28, 2019, to be airlifted to nearby city of Zamboanga for treatment, a day after two explosions tore through the cathedral. (Photos: VCG)

In the message, Xi said he was shocked to learn of the two serious attacks inside and near the entrance of a Roman Catholic church on the island of Jolo in the southern Philippine province of Sulu that have caused heavy casualties.

On behalf of the Chinese government and people, as well as in his own name, Xi deeply mourned the deceased and sent sincere condolences to their families and the injured.

China determinedly opposes all forms of terrorism, and deeply condemns acts of violence targeted at innocent civilians, Xi said, adding that China is willing to fight terrorism together with other countries of the international community, including the Philippines, to maintain international and regional peace and stability.