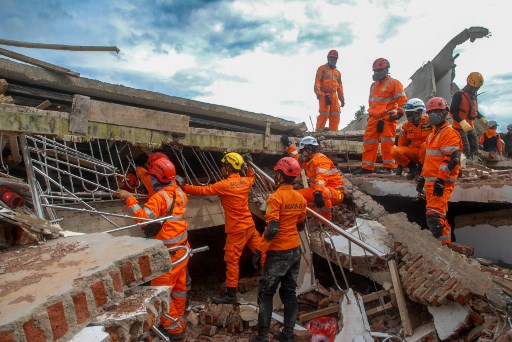 Photo: Rescue workers look for victims under the ruins of collapsed buildings in Cianjur on November 22, 2022, following a 5.6-magnitude earthquake that killed at least 252 people. /AFP

In the message, Xi said he was saddened to hear that the earthquake has caused heavy casualties and property losses. On behalf of the Chinese government and the Chinese people, he extended condolences over the deceased and expressed sincere sympathy to the bereaved families and the injured.

Xi also said he believes that under the leadership of Widodo and the Indonesian government, people in the affected areas will surely overcome the disaster and rebuild their homes.