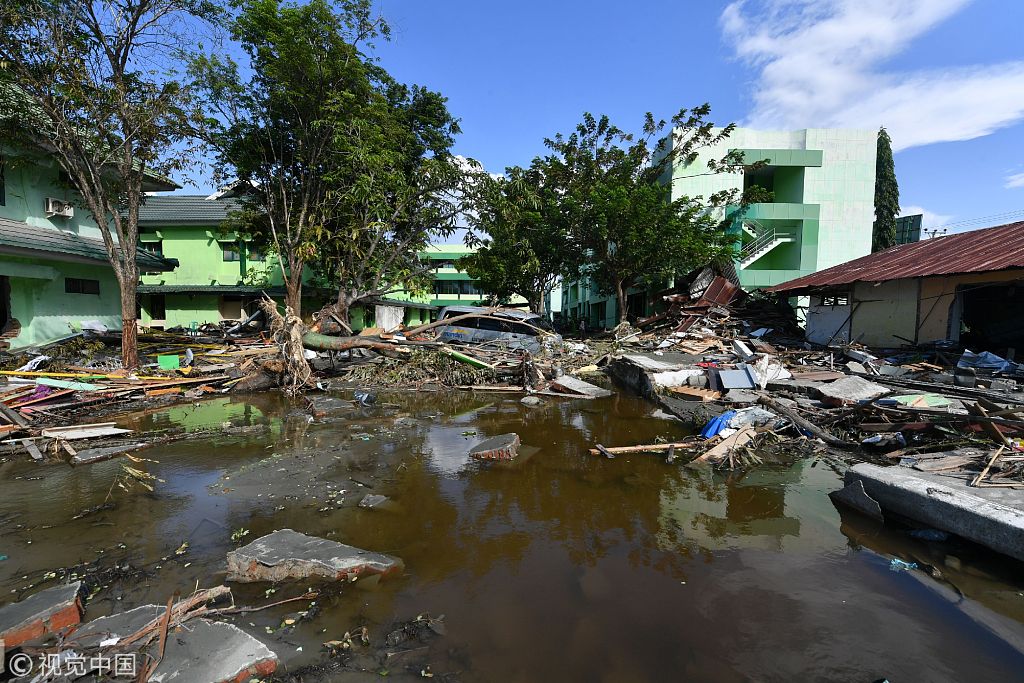 A view of wreckage and debris at the State Islamic University in Palu, Indonesia's Central Sulawesi on September 30, 2018, following the September 28 earthquake and tsunami. (Photo: VCG)

In his message, Xi said he was shocked to learn that the strong earthquakes and an ensuing tsunami hit Indonesia and caused a great loss of lives and property.

On behalf of the government and people of China and himself, Xi extended sincere condolences to the victims and sympathies to their family, the wounded and the people in the disaster-affected area.

The Chinese president said he believes that under the strong leadership of Widodo and the Indonesian government, the people of Indonesia will soon overcome the disaster and rebuild their homes.

Multiple powerful and shallow quakes of 6.0, 7.4 and 6.1 magnitudes on the Richter scale followed by a tsunami devastated the central province of Indonesia on Friday.

The death toll has jumped to 832 and is expected to rise, while some 540 people seriously injured and 16,732 people forced to flee their homes, a spokesman of the Indonesian national disaster management agency said on Sunday.