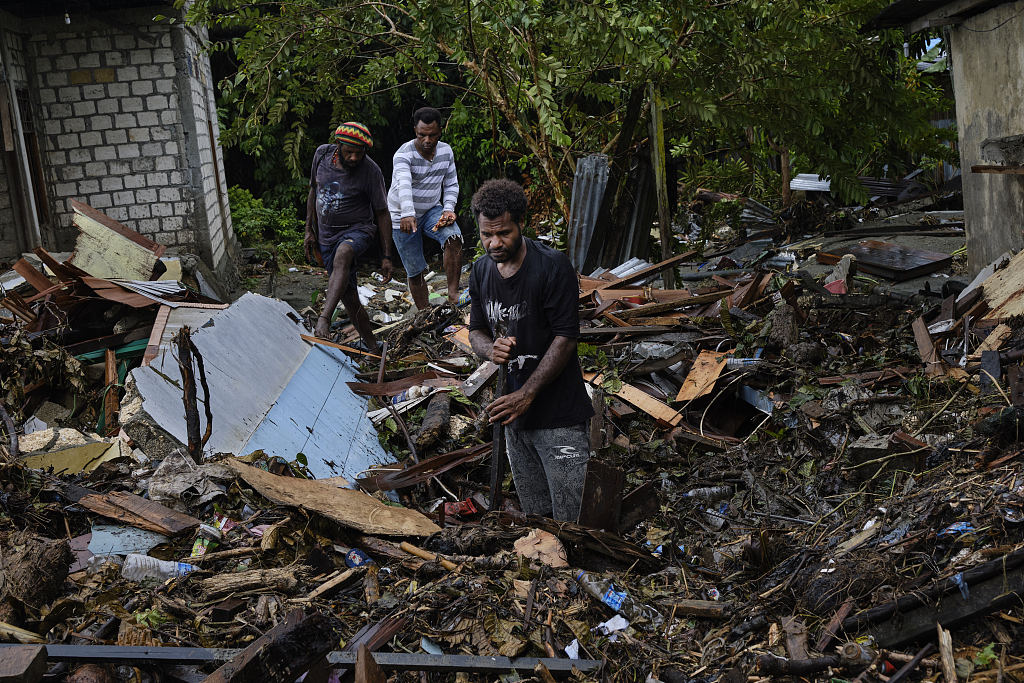 This handout picture taken and released by Indonesia's Military on March 20, 2019 shows soldiers building a makeshift bridge to evacuate residents as floods continue to hit Sentani. The death toll from flash floods and landslides that tore through Indonesia's Papua region has topped 100 with dozens more still missing, the disaster agency said.

More than 100 people have been killed in flash floods and landslides in the eastern Indonesian province of Papua, and dozens of others are still missing, according to Indonesian officials and rescuers.

On behalf of the Chinese government and people, and in his own name, Xi expressed deep condolences over the loss of lives, and extended sincere sympathies to the families of the victims and the missing.