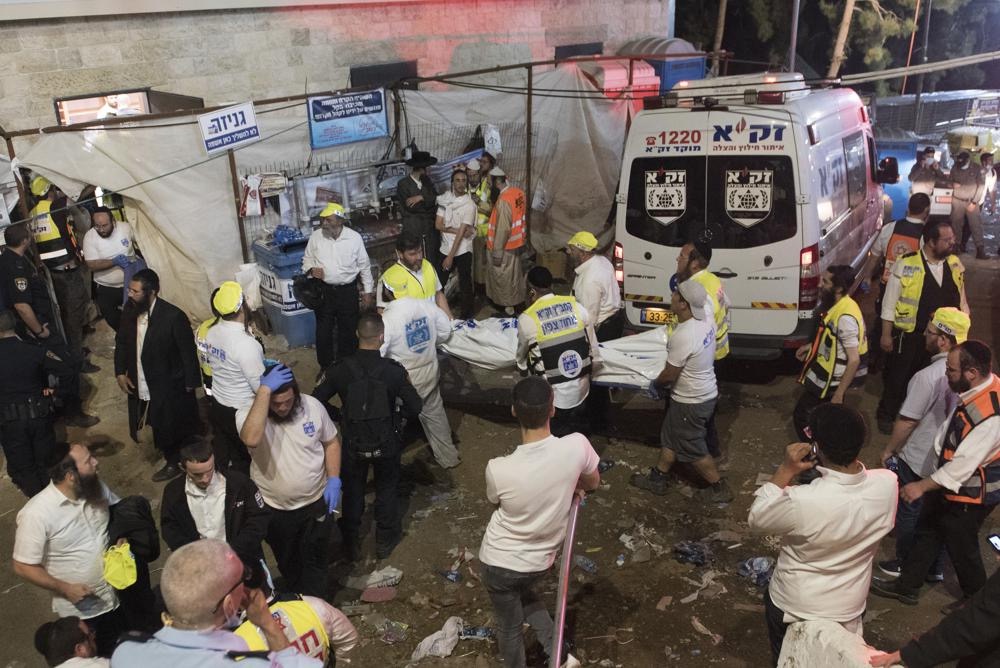 Israeli security officials and rescuers carry a body of a victim who died during a Lag Ba'Omer celebrations at Mt. Meron in northern Israel, Friday, April 30, 2021. (Photo: AP)

BEIJING, May 2 (Xinhua) -- Chinese President Xi Jinping on Saturday sent a message of condolences to Israeli President Reuven Rivlin over a stampede that has caused heavy casualties.

On behalf of the Chinese government and people, Xi expressed his deep condolences to the victims and extended sincere sympathies to the bereaved families and the injured.