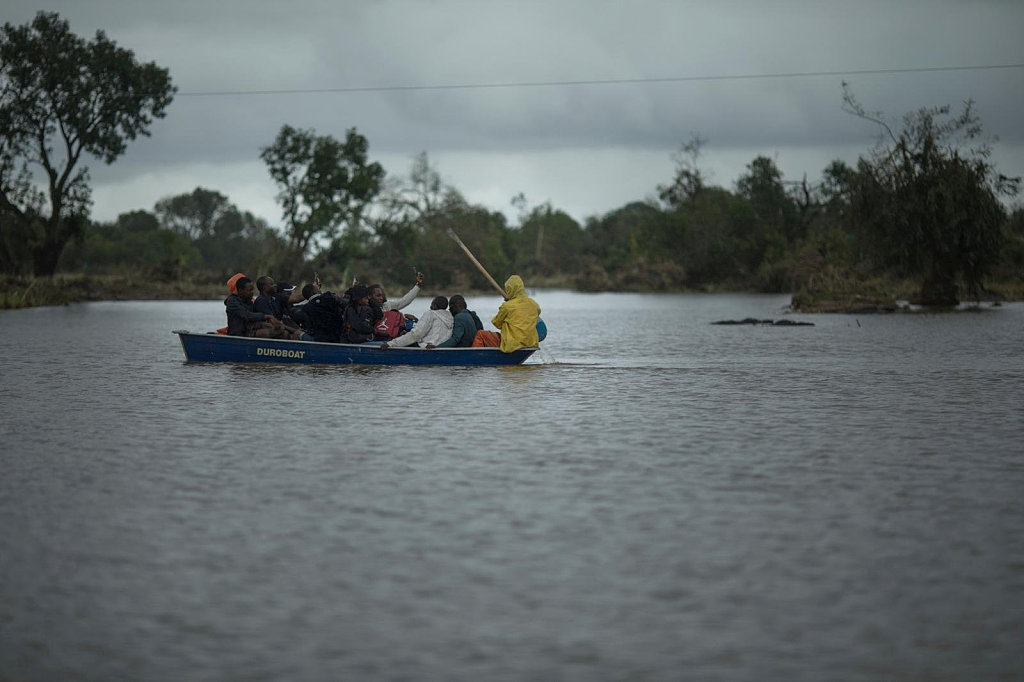 People affected by Cyclone Idai sit in a boat in Beira, Mozambique March 20, 2019 in this picture obtained from social media on March 21, 2019. (Photo: VCG)

In his messages, Xi noted that Cyclone Idai has caused heavy casualties and property damage in Mozambique, Zimbabwe and Malawi.

On behalf of the Chinese government and people, and in his own name, Xi expressed deep condolences over the loss of lives, and extended sincere sympathies to the families of the victims and the missing, as well as to the injured and all those in the disaster-hit areas.

The Chinese people feel the pain of the three African countries, Xi said, adding that he is confident that under the strong leadership of their governments, the people of the three countries will prevail over the disaster and rebuild their homes soon.