BEIJING -- Chinese President Xi Jinping on Sunday sent a message of condolences to his Pakistani counterpart, Mamnoon Hussain over a deadly terrorist attack in Pakistan. 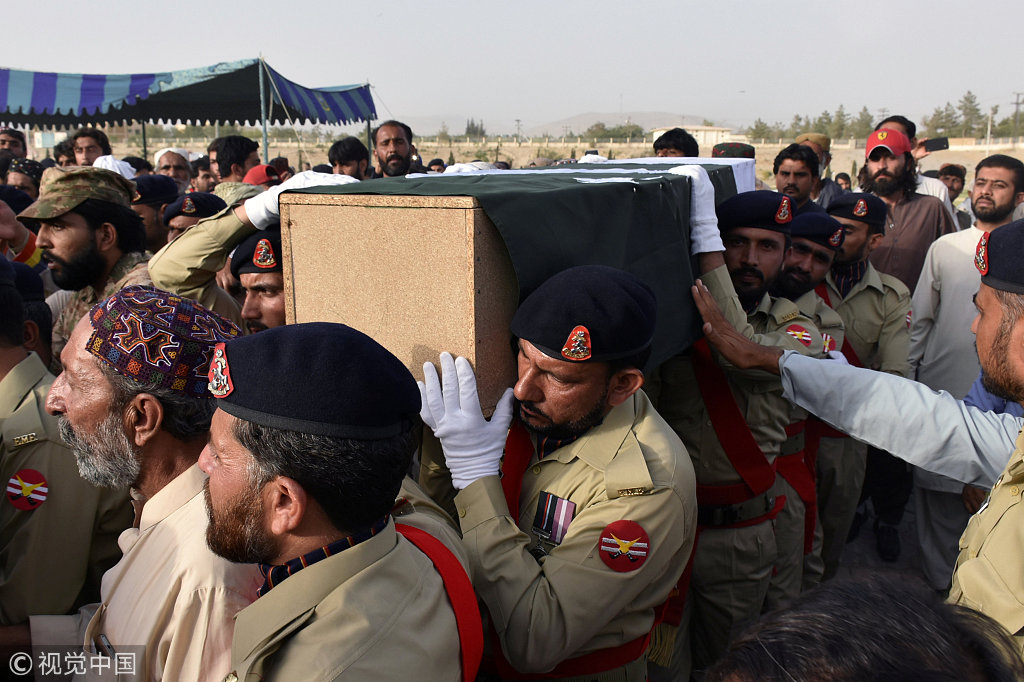 In his message, Xi expressed deep condolences to the victims and conveyed heartfelt sympathies to the bereaved families and the injured.

Terrorism is a universal enemy of humanity, Xi said, adding that China firmly opposes terrorism in all its forms and strongly condemns the terrorist attack in Pakistan.

Xi said the Chinese people have always stood side by side with the Pakistani people and staunchly supported the country's efforts in fighting terrorism, safeguarding national stability and protecting the people's lives.