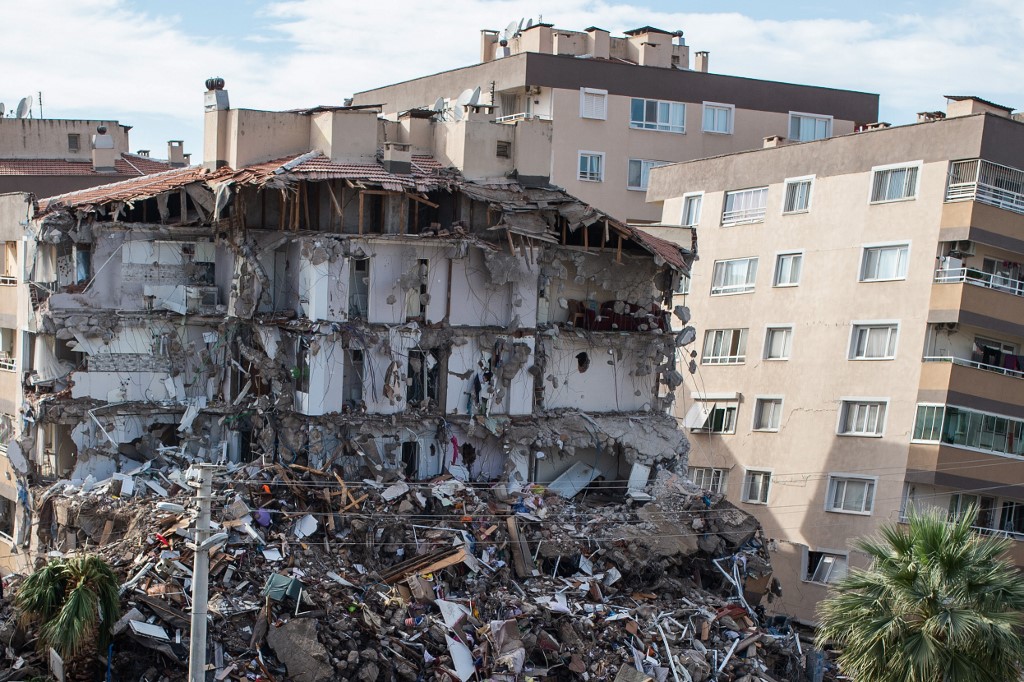 A view of damaged buildings as they are demolished in a controlled manner during the ongoing search operation for survivors and victims at the site of a collapsed building in the city of Izmir on November 2, 2020, after a powerful earthquake struck Turkey's western coast and parts of Greece.(Photo: AFP)

In the message, Xi said he was shocked to learn that the earthquake caused massive casualties.

On behalf of the Chinese government and people, and in his own name, Xi expressed deep condolences over the deaths, and extended sincere sympathies to the bereaved families and the wounded.

Xi also conveyed his wish that the Turkish people will overcome the disaster and rebuild their homes at an early date.