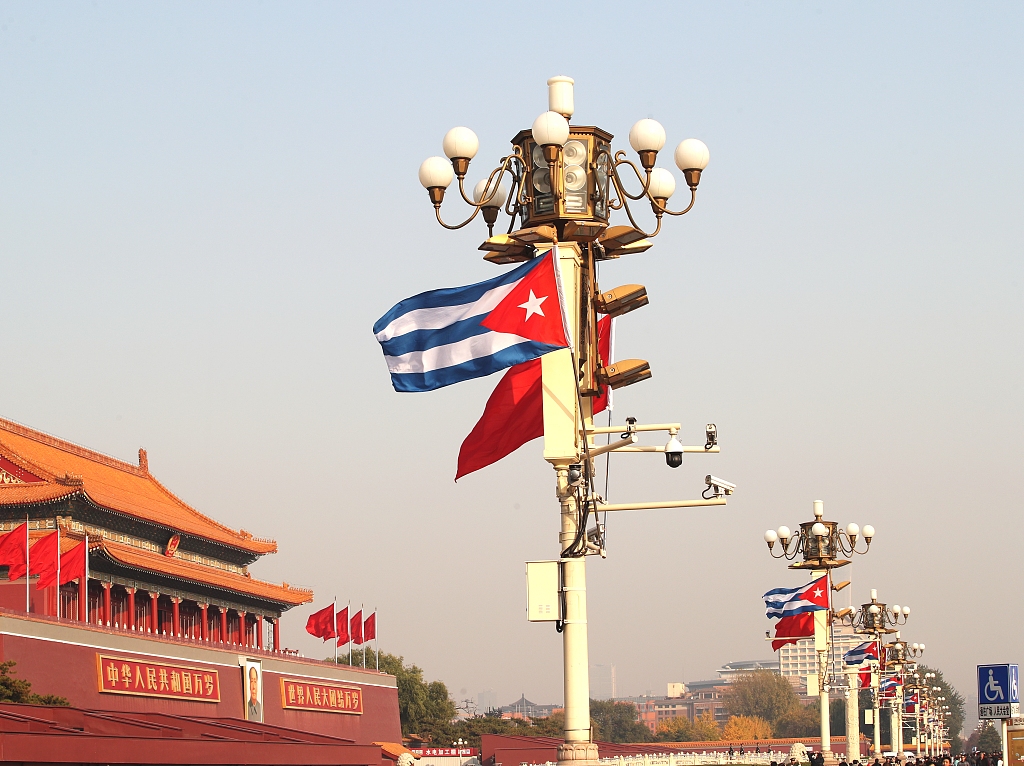 BEIJING, Oct. 11 (Xinhua) -- Chinese President Xi Jinping on Thursday sent messages of congratulations to Cuban leaders on their country's success in holding an extraordinary legislative session of the National Assembly of People's Power and electing president of the Republic of Cuba.

In the messages, respectively sent to First Secretary of the Central Committee of the Communist Party of Cuba Raul Castro Ruz and newly-elected Cuban President Miguel Diaz-Canel, Xi, also general secretary of the Communist Party of China Central Committee, said that for more than half a century, the peoples of China and Cuba have forged a profound friendship.

The two countries, added the Chinese president, have become good friends, good partners and good brothers who treat each other with sincerity and mutual trust and share a common destiny.

Xi stressed that he attaches great importance to the development of China-Cuba relations and is willing to maintain close communication with First Secretary Raul Castro to jointly write a new chapter of China-Cuba friendship in the new era.

Xi also said that he is ready to make joint efforts with President Diaz-Canel to continuously expand the breadth and depth of bilateral cooperation and push for steady and sustained development of bilateral relations.