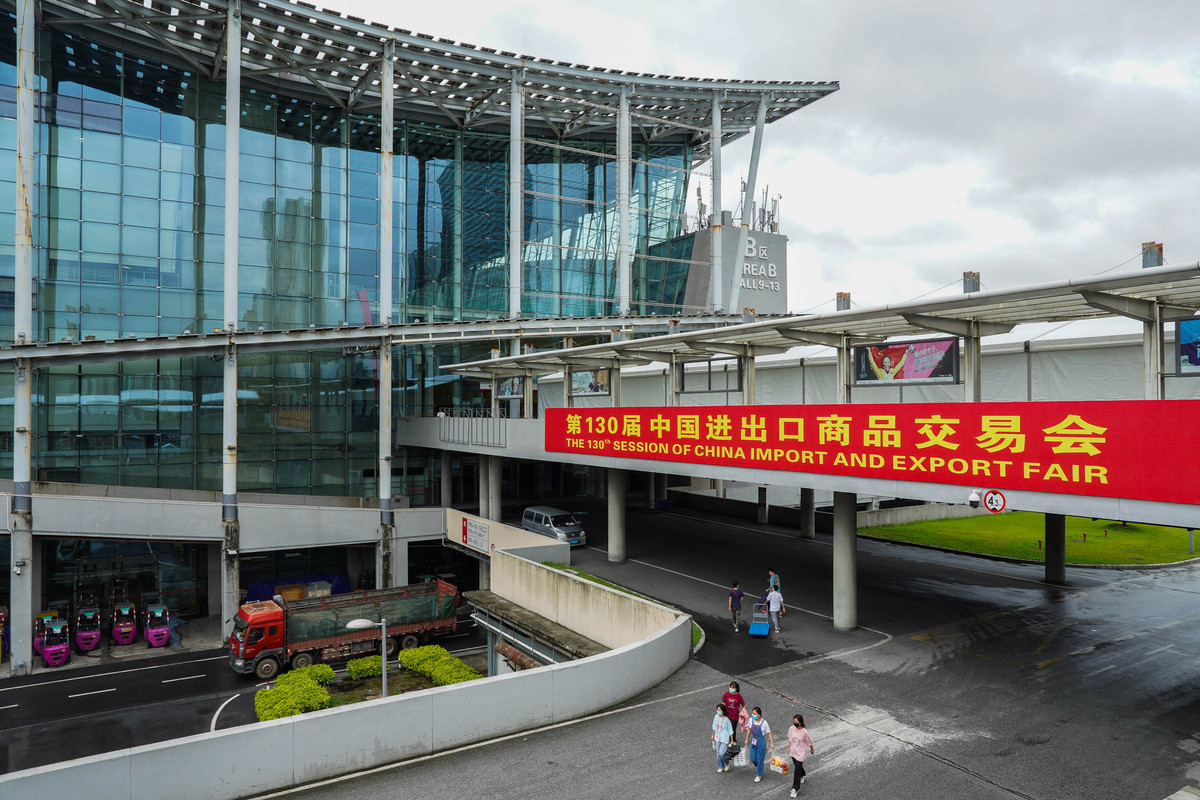 Staff members walk past a banner outside the exhibition center that is going to host the 130th session of the China Import and Export Fair in Guangzhou, South China's Guangdong province. [Photo/Xinhua]

BEIJING, Oct. 14 (Xinhua) - Chinese President Xi Jinping on Thursday sent a congratulatory letter to the 130th session of the China Import and Export Fair, which is also known as the Canton Fair.

The fair opened on the same day in Guangzhou, capital of south China's Guangdong Province.

The fair opened on the same day in Guangzhou, capital of south China's Guangdong Province.

In his letter, Xi noted that the Canton Fair made significant contributions to facilitating international trade, internal-external exchanges, and economic development since its founding in 1957.

Facing global changes and a pandemic both unseen in a century, the world economy and trade are undergoing profound transformations. The Canton Fair, therefore, should help foster China's new development paradigm, innovate its mechanism, create more business models, and expand its role to become a vital platform for the country's opening-up on all fronts, Xi said.

This platform should also help advance the high-quality development of global trade and facilitate the "dual circulation" of domestic and overseas markets, Xi said.

China is willing to join hands with all other nations and practice real multilateralism to build a world economy featuring high-level openness, he said.