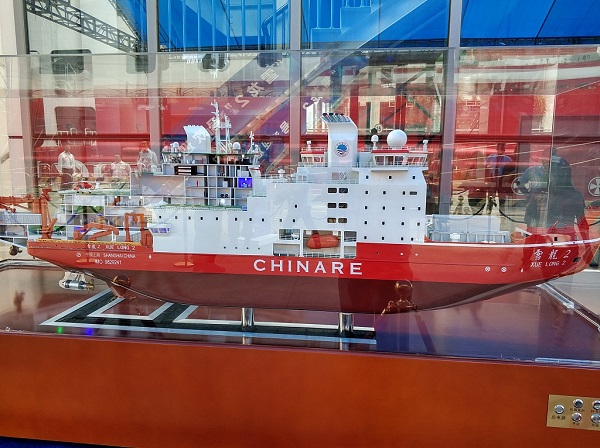 Xi, also general secretary of the Communist Party of China Central Committee and chairman of the Central Military Commission, expressed his warm welcome to guests from all over the world in the letter.

"The oceans play a significant role in the existence and development of human society. They provide a breeding ground for life, connect the world and promote development," Xi said in the letter.

The letter was read out at the opening ceremony of the expo on Tuesday morning.

He urged efforts to promote marine connectivity and cooperation in all areas, and develop a "blue partnership" among all countries.

Xi stressed the conservation of marine ecology, prevention and treatment of marine pollution, protection of marine biodiversity, and orderly development and utilization of marine resources, in a bid to leave a clean marine environment to future generations.

Xi said he hopes coastal countries can uphold the principles of mutual trust, mutual help and mutual benefit, and deepen exchanges and cooperation so that people all over the world can share the fruits of the development of the marine economy.

The expo, under the theme of "Sharing Blue Economy Opportunities, Building a Shared Future," has attracted more than 450 companies and institutions to participate.