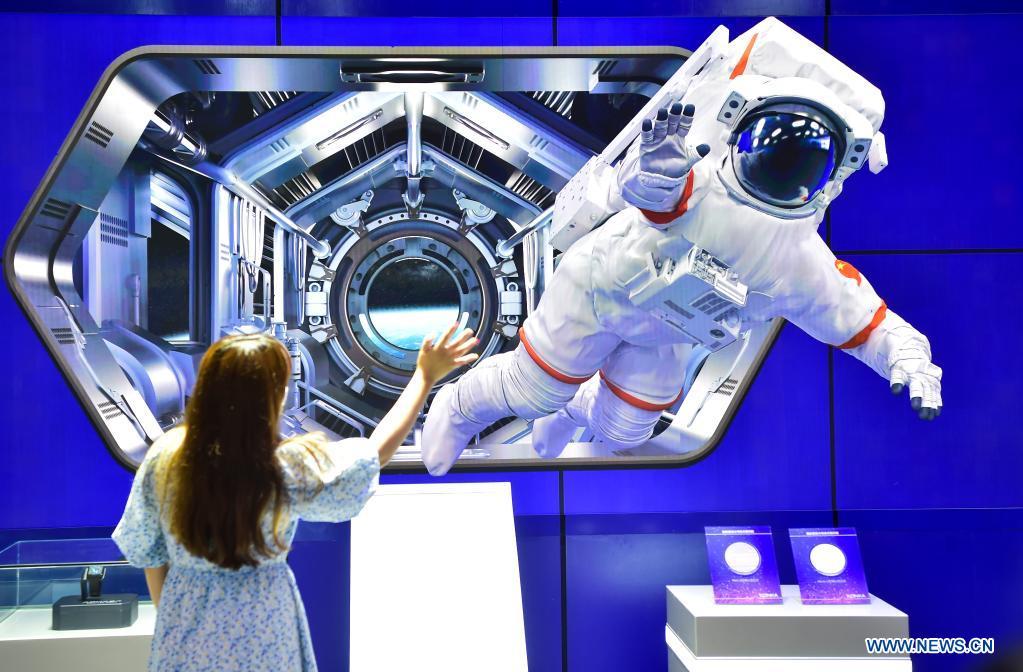 A journalist views the 3D display products at the venue of the 2021 Smart China Expo in Southwest China's Chongqing municipality, Aug 22, 2021. (Photo: Xinhua)

The world has entered a period of rapid growth in the digital economy, in which new technologies, business patterns and platforms such as 5G, artificial intelligence and smart cities have sprung up and greatly influenced scientific innovation, industrial structure adjustment and economic and social development across the globe, Xi said in the letter.

In recent years, China has actively promoted digital industrialization and industrial digitization to push for deep integration between digital technologies and economic and social development, he noted.

On the occasion of the 20th founding anniversary of the SCO, China is willing to, together with other SCO member states, carry forward the Shanghai Spirit and get deeply involved in international cooperation on the digital economy, Xi stressed.