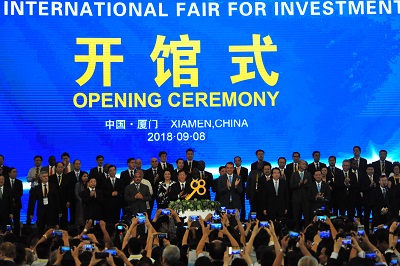 The 2018 China International Fair for Investment & Trade (CIFIT) kicks off in Xiamen, Fujian province on Sept 8, which will run through Sept 11. (Photo:China Daily)

Chinese President Xi Jinping has sent a congratulatory letter to the 20th China International Fair for Investment and Trade, which opened Saturday in the eastern Chinese city of Xiamen, Fujian Province.

For more than 20 years, the fair has been committed to creating the platforms for promoting two-way investments, publishing official information, and discussing investment trends, Xi said in the letter.

The fair has become one of the most influential international investment events in the world, and has made positive contributions to China's reform and opening-up as well as socialist modernization, Xi added.