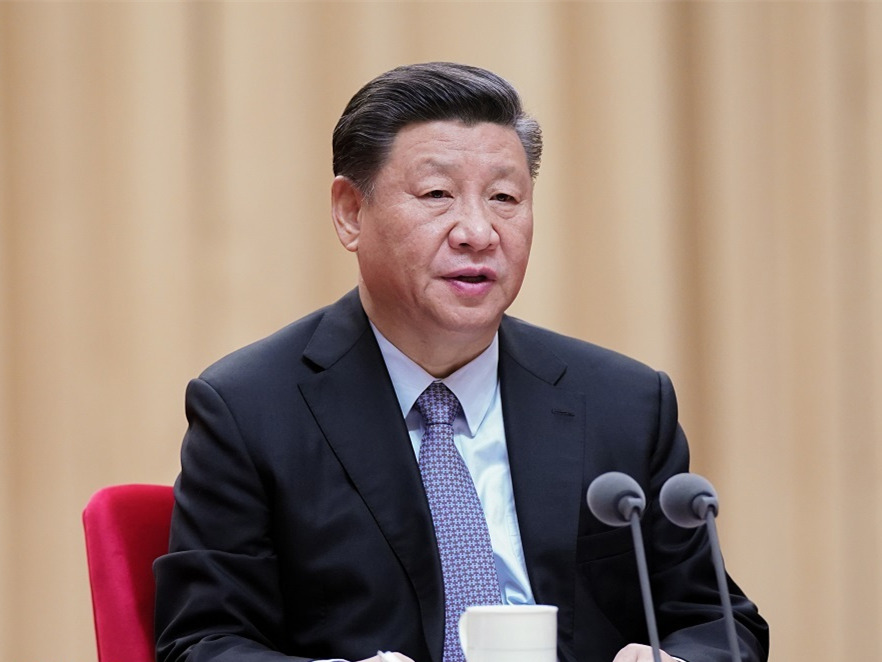 BEIJING, Feb. 5 (Xinhua) -- Chinese President Xi Jinping on Sunday sent a congratulatory letter to Senegalese President Macky Sall on the 20th anniversary of the founding of the Forum on China-Africa Cooperation (FOCAC).

In his message, Xi stressed that China stands ready to work with Senegal to fulfill due responsibilities as co-chairs of the FOCAC, and take the opportunity of celebrating the 20th anniversary of the FOCAC's founding to work with various African nations to fully implement the results of the FOCAC Beijing Summit, promote greater development of the China-Africa comprehensive strategic cooperative partnership, and build a closer China-Africa community with shared future.

Xi thanked Sall for his letter of sympathy over novel coronavirus outbreak in China, stressing that under the strong leadership of the Communist Party of China, Chinese people of all ethnic groups have strengthened confidence, stood together in times of difficulty, adopted scientific prevention and control measures as well as targeted measures, and are fully confident and capable of winning the fight against the epidemic.

Previously, Sall has sent letters to Xi to congratulate the Chinese Spring Festival and the 20th anniversary of the founding of the FOCAC, and expressed his sympathy on and support for China's battle against the epidemic.