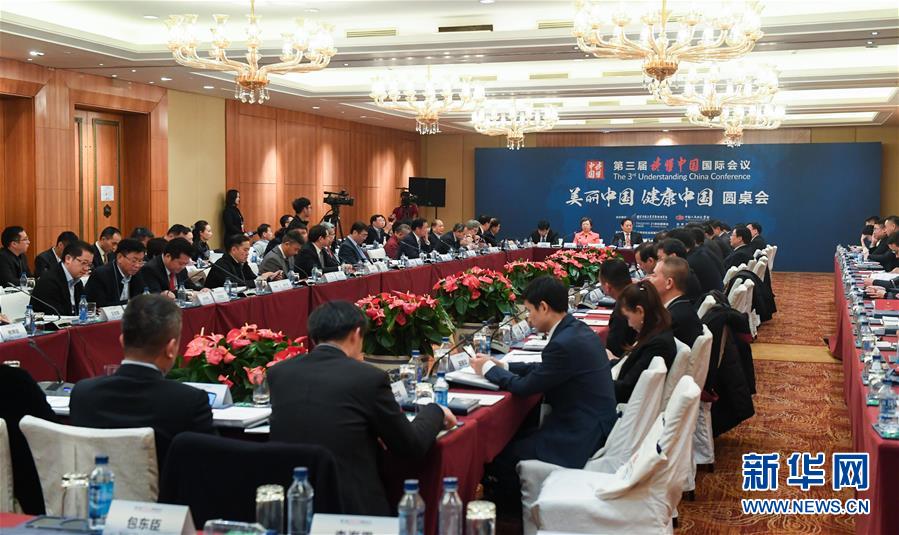 Yang Jiechi, a member of the Political Bureau of the Communist Party of China (CPC) Central Committee, read the letter at the opening ceremony.

The world today faces unprecedented changes in a century, peace and development is still the theme of the times, and meanwhile, the humanity is facing many common challenges, Xi said in the letter.

China is willing to work with other countries to actively promote the building of a new type of international relations featuring mutual respect, fairness and justice, and win-win cooperation, and to facilitate the construction of a community with a shared future for humanity, thus making new greater contributions to world peace and development, Xi said.

Xi stressed that this year marks the 40th anniversary of China's reform and opening up, which has written a glorious chapter in China's development, with China's relations with the world becoming closer and closer.

China will continue to comprehensively deepen reform and expand opening up, remain committed to the new development philosophy, push forward the supply-side structural reform, and take coordinated efforts to stabilize growth, propel reform, make structural adjustments, improve people's livelihoods and guard against risks, so as to promote high-quality development of the country's economy and offer more cooperation opportunities to the world, Xi said.

He expressed the hope that the conference participants can have in-depth discussions and gather consensus to enhance their understanding of China and also help the world better understand China, thus promoting the exchanges and cooperation between China and the world to achieve common development and prosperity.

Yang, also director of the Office of the Foreign Affairs Commission of the CPC Central Committee, delivered a speech at the opening ceremony.

He said that with its own constant development, China will continue to provide a stable cornerstone for world peace and development, inject inexhaustible impetus into global economic growth, build important platforms for win-win cooperation among different countries, set an example for eliminating poverty and backwardness, contribute oriental wisdom to solving hotspot issues, and provide firm support for safeguarding international order.

Nearly 600 people will attend the conference, including about 40 famous global politicians, strategists and entrepreneurs.