BEIJING, April 21 (Xinhua) -- Chinese President Xi Jinping has sent a reply letter to a group of US high school students, encouraging them to make contributions to promoting friendship between the Chinese and American peoples.

The group of over 40 students from Niles North High School in Illinois state, the United States, have written in Chinese to Xi, asking him about his work, life and hobbies. 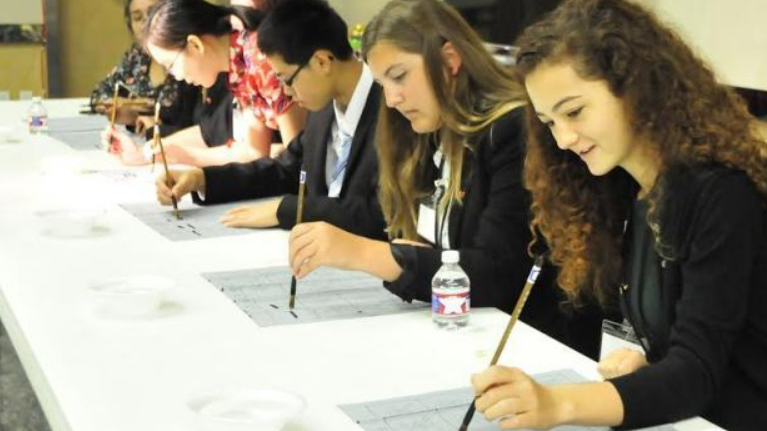 The students said in their letter that they are studying Chinese, that they love Chinese language and characters, as well as music and Chinese food, and that they would love to have the chance to visit China.

In his reply letter to the students, Xi thanked them for their letter, saying he feels their love for the Chinese language and their interest in the Chinese culture.

He praised the students' neat writing and correct wording in Chinese, and encouraged them to continue the efforts to achieve greater progress in Chinese learning.

"I have visited the United States for many times, and was deeply impressed by the beautiful scenery, hospitable people and diverse culture there. I have also made many American friends, including young friends," the president said.

"My job is to serve the people. It is very tiring, but also very fulfilling," he added.

The president said he has strong interest in philosophy, history, literature, culture, music and sports, among others, adding that many of his hobbies have been kept since his middle school years.

Calling the young generation the future of China-US friendship, Xi said he hopes that the students will cherish their youth, study hard and make contributions to promoting friendship between the Chinese and American peoples.

Noting that it is better to see something once than to hear about it a hundred times, the president said the students are welcome to visit China.

Xi's letter was met with an enthusiastic response in Niles North High School, where teachers and students said they can feel Xi's amiability and are moved by his care for young people in China and the United States.

Xi's letter will encourage more local students to learn Chinese, know about Chinese culture and participate in friendly exchanges between the two countries, they added.

Niles North High School, established in 1964, is a public school in the US state of Illinois. Having more than 2,000 students, the school pays special attention to international exchanges and encourages students to learn foreign languages. The school has included Chinese in its curriculum since 2008, and currently has 11 classes of students learning Chinese as an elective course.