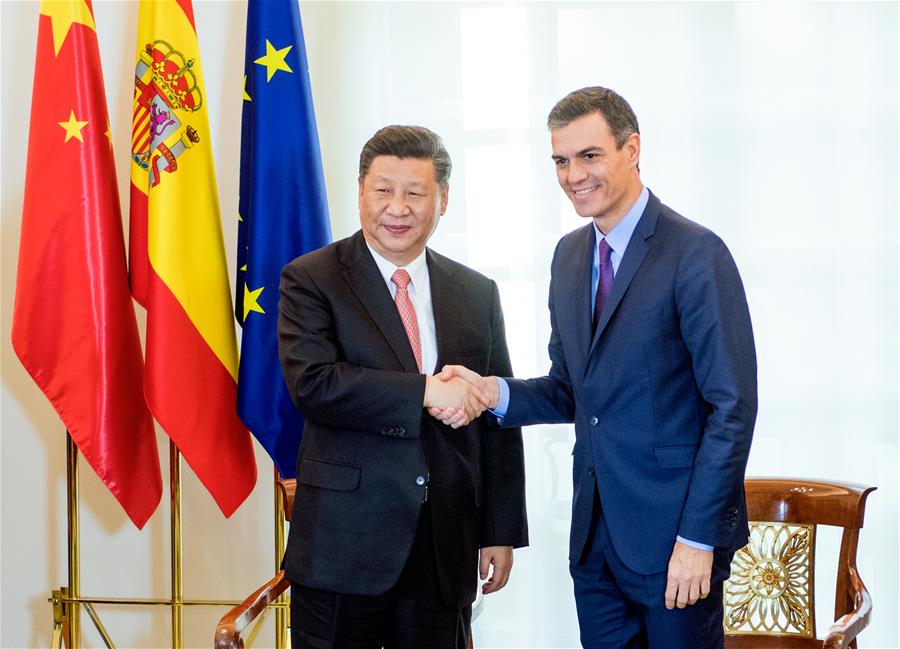 BEIJING, May 26 (Xinhua) -- It is foreseeable that in the future, the China-Europe relations will embrace new opportunities and meanwhile confront various challenges, Chinese President Xi Jinping said on Wednesday.

In a phone conversation with Spanish Prime Minister Pedro Sanchez, Xi noted that the key is to firmly grasp the general direction of the comprehensive strategic partnership, properly manage differences and maintain the main tone of win-win cooperation.

Xi asked Sanchez to convey his cordial greetings to King Felipe VI. Noting that China and Spain are important strategic partners and important cooperation partners, Xi said the two sides should understand and support each other.

Xi stressed that despite the COVID-19 pandemic, China-Europe practical cooperation has shown tremendous potential. He expressed his hope that the Spanish government will continue to play a constructive role in promoting the steady and long-term development of China-Europe relations.

Noting that this year marks the 100th anniversary of the founding of the Communist Party of China (CPC), Xi said the CPC maintains friendly relations with more than 560 political parties in more than 160 countries.

China and Spain, he added, should strengthen exchanges between their political parties, deepen experience sharing on state governance, and contribute wisdom to both countries' pursuit of development paths in line with their respective national conditions as well as the improvement of global governance.