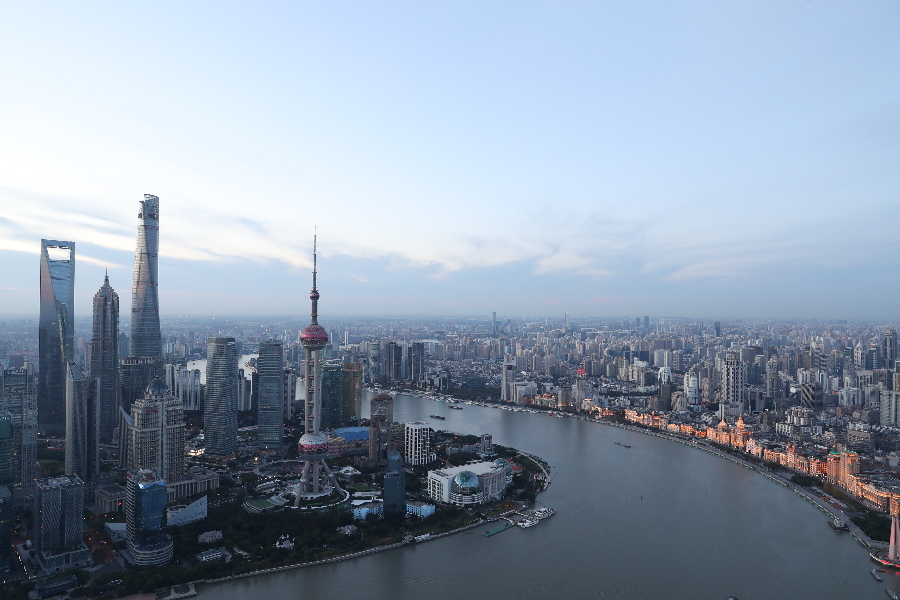 MEXICO CITY, Nov. 12 (Xinhua) -- China and Latin America sit on the opposite sides of the globe, but the formidably vast Pacific Ocean that separates them did not stop them from sharing a long history of exchanges.

Today, the major developing country in the East is forging an increasingly close partnership with the dynamic region in the Western Hemisphere, especially since Chinese President Xi Jinping took office in 2013, and set into motion what is now known as Xiplomacy.

In the past six years, Xi has visited 11 Latin American and the Caribbean (LAC) countries. On Tuesday, he is setting foot on the region for the fifth time as president, as he arrives in Brazil for the upcoming 11th BRICS summit.

Thanks in no small part to Xi's push, the time-honored, distance-defying China-Latin America relationship is flourishing with new vitality. China has become the second largest trading partner of Latin America, while the latter is one of the fastest growing sources of exports to China. Two-way trade rose 18.9 percent year on year to 307.4 billion U.S. dollars in 2018.

His first trip to the region as head of state, in 2013, took him to Trinidad and Tobago, Costa Rica and Mexico. The following year saw him travel to Brazil, Argentina, Venezuela and Cuba.

It was in Brazil that Xi met with leaders from 11 LAC countries, and for the first time laid out his grand vision for building a China-Latin American community with a shared future.

"Let us seize the opportunities presented to us and work together to blaze new trails in building a community of shared destiny for common progress and usher in a bright future for the relations between China and Latin America and the Caribbean," Xi said in a keynote speech at the first ever China-Latin American and Carribean Countries Leaders' Meeting in 2014.

He then proposed a "1+3+6" cooperation framework to "promote faster, broader and deeper cooperation between the two sides for real results."

The "1" refers to "one plan," the Chinese-Latin American and Caribbean Cooperation Plan (2015-2019), formulated to promote inclusive growth and sustainable development.

In 2016, Xi visited Ecuador, Peru and Chile. Two years later, he traveled to Argentina for the Group of 20 summit as well as Panama, a Central American country which established diplomatic ties with China in June 2017.

In a landmark speech at the Peruvian Congress in Lima in 2016, Xi expounded the significance of strengthening China-Latin America cooperation.

"With one fifth of the world's total area and nearly one third of the world's population, China and Latin America and the Caribbean are crucial forces for world peace and stability," he said.

China, he added, "will increase sharing of governance experience and improve planning and coordination of macro policies with Latin American and Caribbean states to better synergize our development plans and strategies."

Besides top-level engagement, Xi also reaches out to local people from all walks of life, in order to keep cementing the China-Latin America friendship and the public support for bilateral cooperation.

While in Costa Rica, Xi visited a family-run coffee plantation and tried some local brew. "I think some more coffee can well be exported to China," Xi told his hosts with a smile.

Today, Costa Rica exports coffee to the Asian market, along with pork, dairy, pineapples and other high-quality agricultural goods, especially after the inauguration of the China International Import Expo in 2018.

With international cooperation within the framework of the Belt and Road Initiative (BRI) gaining steam worldwide, the Xi-proposed vision is creating new opportunities for China-Latin America cooperation.

The BRI, designed to promote common development along and beyond the ancient Silk Road trade routes, comprises the Silk Road Economic Belt and the 21st Century Maritime Silk Road, and the latter is closely connected to Latin America.

For two and a half centuries, from the mid-1500s to the early 1800s, galleons laden with Chinese silk, spices, porcelain and other goods sailed across the ocean to today's port city of Acapulco on the Mexican Pacific coast.

Latin America is the natural extension of the 21st Century Maritime Silk Road, Xi said in a meeting with visiting Argentine President Mauricio Macri in May 2017.

In a congratulatory message to the second Ministerial Meeting of the China-Community of Latin American and Caribbean States (CELAC) Forum held in Chile on Jan. 22, 2018, Xi stressed that China and LAC countries "need to draw a new blueprint for our joint effort under the Belt and Road Initiative and open a path of cooperation across the Pacific Ocean that will better connect the richly endowed lands of China and Latin America and usher in a new era of China-LAC relations."

During Xi's visits, the Chinese president is always dedicated to better aligning the BRI -- an open platform for cooperation -- with the development plans of LAC countries.

In his meeting with Macri, Xi called for dovetailing the BRI with Argentina's development strategy, expanding cooperation in such sectors as infrastructure, energy, agriculture, mining and manufacturing, and implementing existing major cooperation projects in hydro-power, railway and other fields.

Similarly, during the state visit to Panama in December 2018, Xi said the National Logistics Strategy of Panama 2030 and the BRI are highly compatible, calling on the two sides to synergize their respective development strategies, boost cooperation and promote connectivity.

Just as Xi said in his speech at the Peruvian Congress in 2016, "China will share its development experience and opportunities with the rest of the world and welcome other countries to board the express train of its development, so that we can all develop together."