BEIJING, Dec. 1 (Xinhua) -- Dulong is an ethnic minority group residing in the mountains of Southwest China's Yunnan Province. Its people, bidding farewell to primitive life only after the founding of New China in 1949, had long endured poverty and poor transportation to the outside world.

Shortly ahead of the New Year's Day in 2014, people from Gongshan county, where most of the Dulong people live, wrote to President Xi Jinping to report that the Gaoligong Mountains-Dulongjiang River highway tunnel was about to be completed. 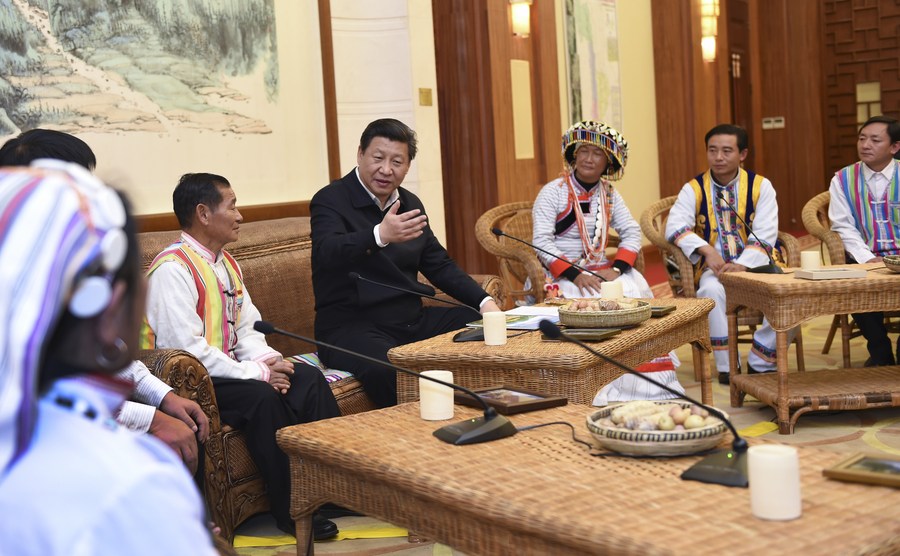 Xi, also general secretary of the Communist Party of China (CPC) Central Committee and chairman of the Central Military Commission, replied to their letter.

Xi said he was glad to hear the good news about the tunnel and congratulated the community. "I have always been concerned about the well-being of the Dulong people as you used to live harsh lives." 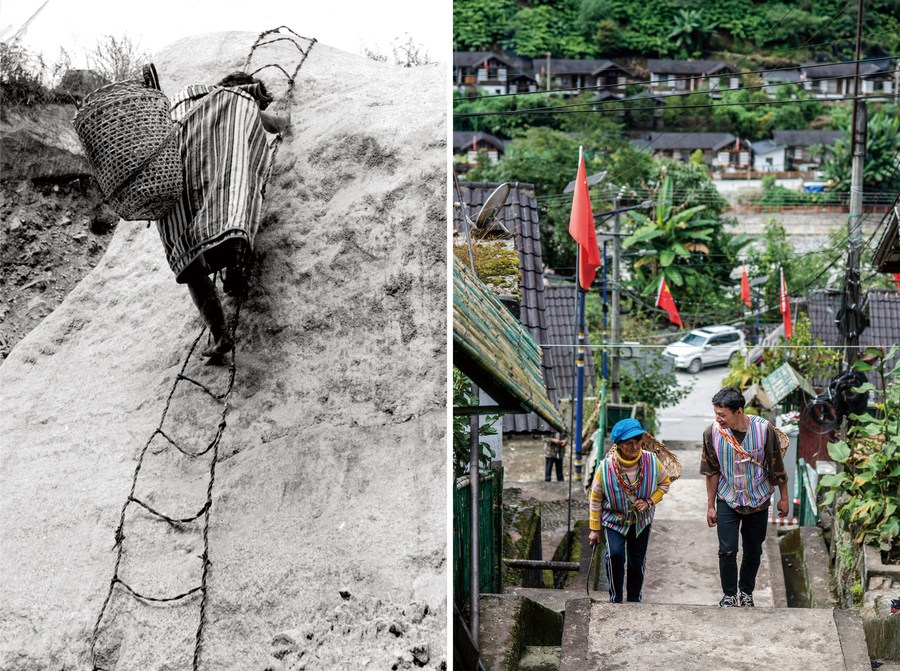 Before 1949, it took days for the villagers to trek across the mountains to the Gongshan County seat. Now that the tunnel has been built, the journey takes only three hours.

During an inspection tour to Yunnan a year later, Xi met with the people who had written to him to learn about the progress of the highway tunnel and people's lives in the area.

"I'm here to encourage you to keep up the good work, and to assure people of all ethnic groups that the Communist Party of China attaches great importance to your development," Xi said.

People in the township wrote another letter to inform Xi that they had been lifted out of poverty as a whole group and villagers were enjoying a better life.

Xi replied he was very glad to hear the good news and congratulated the Dulong people on their success.

Thanks to government investment and the development of industries with local features, the Dulong people have experienced remarkable life changes. After vanquishing poverty, they now enjoy moderately prosperous lives, just like other ethnic groups across China.

Combo photo taken on June 21, 2019 shows a family photo of Li Wenshi (left front), a woman of Dulong ethnic group, and houses of Li and other villagers in Dizhengdang Village of Dulongjiang township, Gongshan county, Southwest China's Yunnan Province. The houses were built in 2011 by local government.

There are more than 1,100 households in the Dulongjiang Township, and they all now live in new and better homes. The six administrative villages are all connected by paved roads, with radio, TV, and 4G coverage. Every villager is covered by the serious illness insurance policy. Besides, the younger generation enjoys 14 years of free education from pre-school to high school.

Today, the Dulong people no longer live in isolation and backwardness. They envision a future of openness, inclusiveness and development.