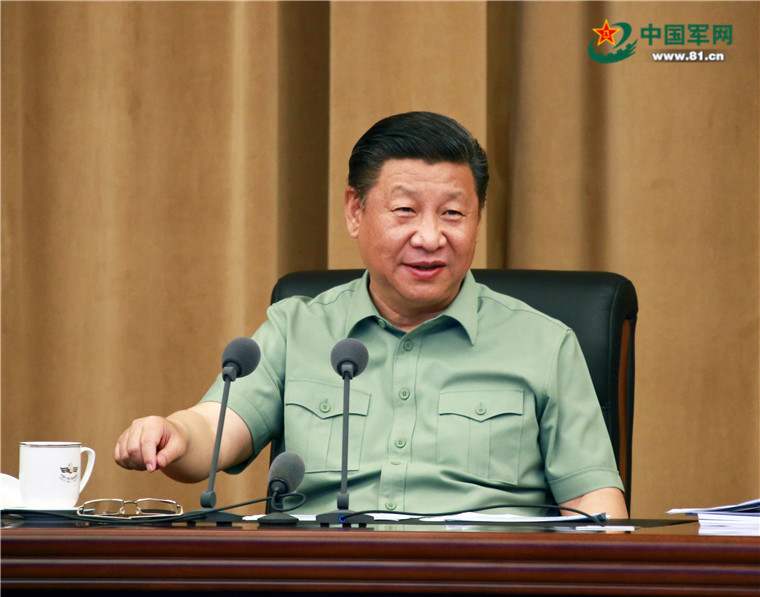 Xi made the remarks while presiding over a group study session of the Political Bureau of the CPC Central Committee on strengthening the modernization of the national defense and armed forces, which was held on Thursday.

The modernization of the national defense and armed forces must be in step with the country's modernization process, and the military capabilities must fit national strategic needs, Xi said.

Xi said the CPC has always been striving to build strong national defense and powerful military forces, and has made great achievements in this regard.

Xi called for efforts to implement the strategic plans and arrangements made by the CPC Central Committee and the Central Military Commission on the modernization of the national defense and armed forces, to make sure that the targets and missions in this respect are achieved.

Noting that the world today is undergoing profound and fast-evolving changes unseen in a century, and that the COVID-19 pandemic is exerting a far-reaching influence on the international landscape, Xi said China's security situation faces growing uncertainties and destabilizing factors.

He called for a stronger sense of mission and urgency and more efforts to achieve leapfrog development in the modernization of the Chinese military.

Xi underscored implementing the military strategic guideline for the new era, formulating the 14th five-year (2021-2025) plan for building the military, drawing a scientific road map, and cultivating a new type of high-caliber and professional military talent.