BEIJING, Jan. 8 (Xinhua) -- Xi Jinping, general secretary of the Communist Party of China (CPC) Central Committee, on Wednesday called for continued efforts to ensure that the whole Party remains true to its original aspiration and keeps its mission firmly in mind. 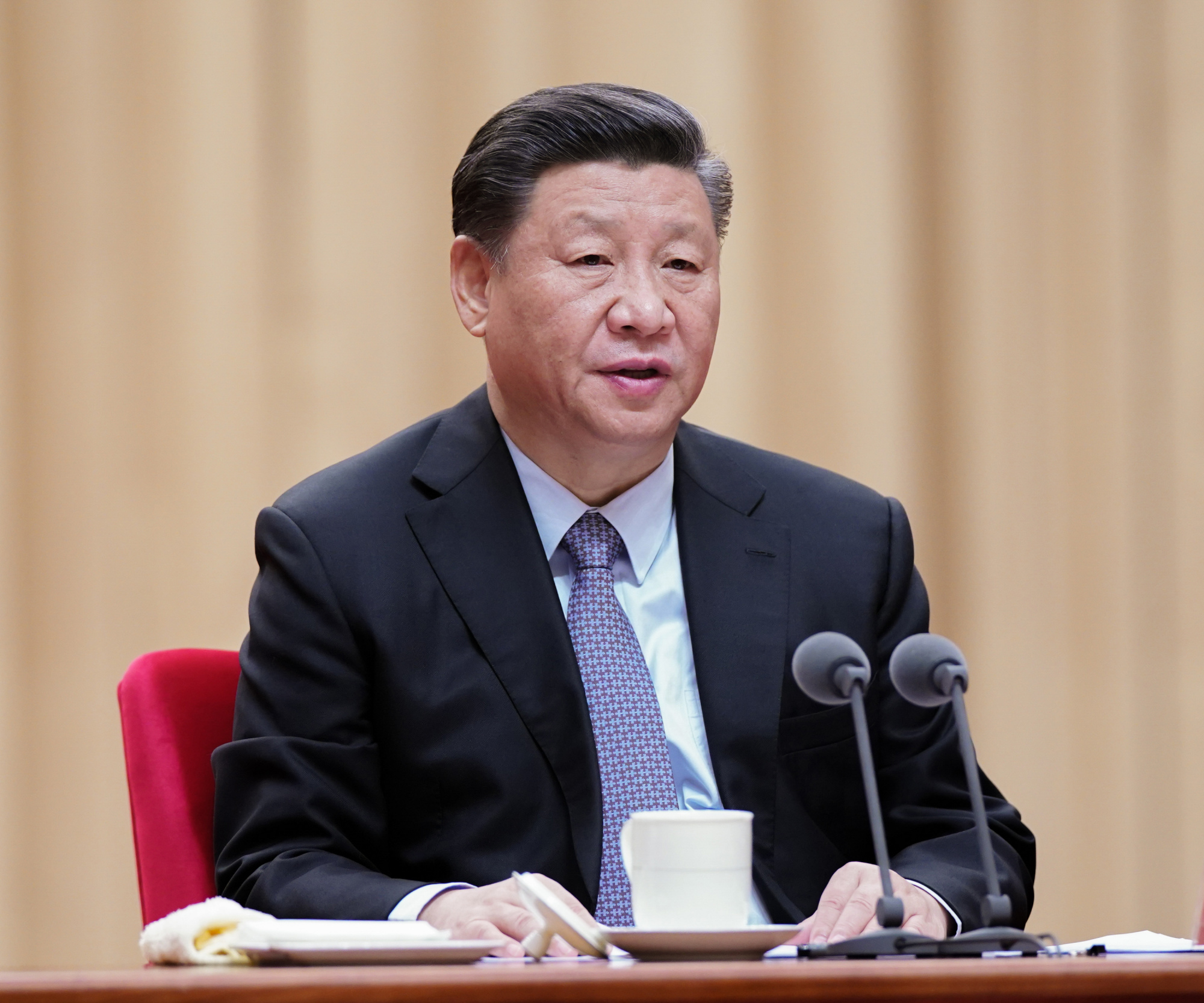 Xi, also Chinese president and chairman of the Central Military Commission, made the remarks at a meeting summarizing a campaign themed "staying true to our founding mission."
To win lasting support from the people, the Party should always remember its original aspiration and mission, said Xi.
"We must resolutely remove whatever weakens the Party's advanced nature and undermines the Party's purity, and rid ourselves of any tumor that erodes the Party's health," said Xi, adding that the Party should resolutely guard against all dangers of running counter to the original aspiration and the mission or shaking the foundation of the Party.
Xi called on the whole Party to take the campaign as a new starting point, further deepen self-reform, and continue to push the Party to remain true to its original aspiration and keep the mission firmly in mind.
Members of the Standing Committee of the Political Bureau of the CPC Central Committee Li Keqiang, Li Zhanshu, Wang Yang, Zhao Leji and Han Zheng; and Chinese Vice President Wang Qishan attended the meeting.
Wang Huning, also a member of the Standing Committee of the Political Bureau of the CPC Central Committee and head of the leading group of the campaign, presided over the meeting.
The campaign, carried out from the top down in two batches starting from the end of May 2019 and having been largely completed, has promoted unity in thought, political orientation and action within the Party, said Xi.
It has served to effectively mobilize thought, political orientation, organization and action to achieve the two centenary goals, according to Xi.
Xi stressed that the campaign, based on the experience of previous intraparty campaigns, carried out explorations and generated new experience in organizing such campaigns within the Party in the new era.
Noting that the CPC is leading the Chinese people to undertake a great struggle with many new historical features, Xi ordered the whole Party to deepen self-reform and stay true to its founding mission.
Xi stressed that staying true to the Party's founding mission should be a permanent theme in strengthening the Party, and a lifelong task for all CPC members and officials.
"All the hard work, struggles and sacrifices the Party has made since its founding are for the happiness of the Chinese people and the rejuvenation of the Chinese nation," said Xi.
To stay true to the founding mission, Xi also required the CPC to unite its thought, will and action with the latest achievements in adapting Marxism to the Chinese context.
Xi stressed that to stay true to its founding mission, the Party must have the courage to face up to and solve the problems to continuously push forward self-reform.
"Squarely facing problems and courageously righting wrongs is an outstanding feature and strength of our Party," Xi said. "A strong party is forged through self-reform."
He also called for unremitting efforts to improve Party conduct, enforce Party discipline and fight corruption.
Xi pointed out that to remain true to the Party's founding mission, one must have a fighting spirit and a keen sense of responsibility.
He called on all Party members and officials to take the lead in effectively coping with major challenges, withstanding major risks, overcoming major obstacles and addressing major conflicts.
Xi underscored that to stay true to the founding mission, the Party must improve and develop intraparty institutions and put in place long-term mechanisms.
Xi also called on leading Party organs and officials to take the lead in staying true to the founding mission.
While presiding over the meeting, Wang Huning said Xi's speech expressed appreciation for the results achieved in the education campaign.
Xi also outlined overall plans and clear requirements for consolidating and expanding the achievements of the education campaign, as well as for continuously deepening the Party's self-reform and promoting staying true to the founding mission throughout the Party, said Wang Huning.
All Party members should carefully learn Xi's instructions to ensure that the Party's great vitality and strong ability are maintained forever, he said.