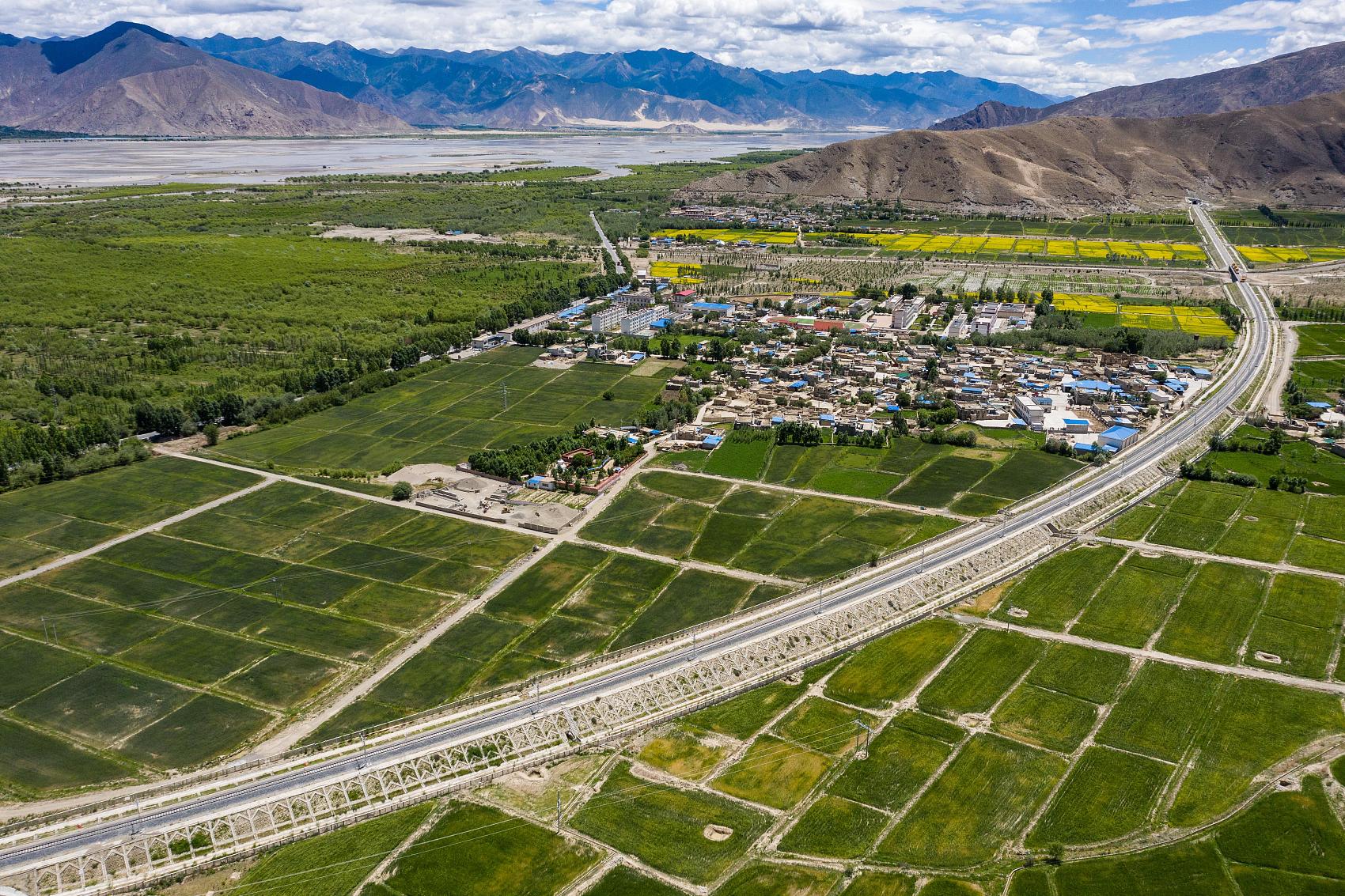 Xi, also general secretary of the Communist Party of China (CPC) Central Committee and chairman of the Central Military Commission, made the instruction ahead of the beginning of the construction of the Sichuan-Tibet Railway's Ya'an-Nyingchi section on Sunday.

Xi identified the project as a major measure in facilitating the Party's general plan for governing Tibet in the new era, and stressed the project's important role in safeguarding national unity, promoting ethnic solidarity and consolidating stability in border areas.

The project would significantly contribute to the economic and social development of the western region, especially in Sichuan Province and Tibet Autonomous Region, said Xi.

Underlining the complex geological and climatic conditions, as well as fragile ecological environment along the project line, the president called for leveraging the Chinese socialist system's advantage of concentrating resources to get things done to accomplish this historic task, which is arduous but glorious.

The construction should be carried out in a scientific, safe and eco-friendly way, Xi added.

Premier Li Keqiang, a member of the Standing Committee of the Political Bureau of the CPC Central Committee, also emphasized prioritizing the safety, reliability and quality of the project, and called for coordinated efforts in promoting construction, epidemic prevention and people's well-being.

Joining a video conference streamed in three locations to mark the start of the Ya'an-Nyingchi section's construction, Vice Premier Liu He, also a member of the Political Bureau of the CPC Central Committee, conveyed Xi's instruction and announced the beginning of the project.

With a designed speed from 120 to 200 km per hour, the 1,011-km section between Ya'an in Sichuan and NyingChi in Tibet is the third part of the Sichuan-Tibet Railway, which will be carried out by the China State Railway Group Co., Ltd.

The project's Chengdu-Ya'an section became operational in December 2018, and the construction of the Lhasa-Nyingchi section started in June 2015.