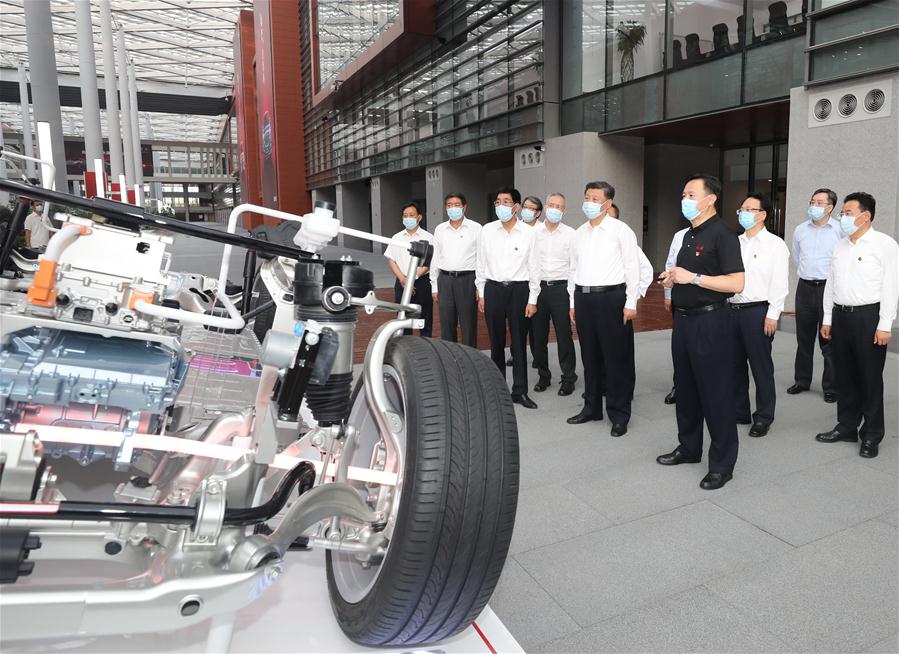 Xi was visiting the R&D headquarters of automaker FAW Group in Changchun City during his inspection tour in northeast China's Jilin Province.

He learned about the automaker's technological research and development as well as the latest models of its auto brand Hongqi, which means "Red Flag."

Xi said he was impressed by FAW's achievements in terms of technological innovation and indigenous brand development.

The global automobile manufacturing industry is marked by fierce competition and growing trend of informatization and going smart, posing both challenges and opportunities to Chinese automakers, he noted.

"We must ensure key and core technologies are in our own hands, and aspire to build strong domestic automobile brands," Xi said.