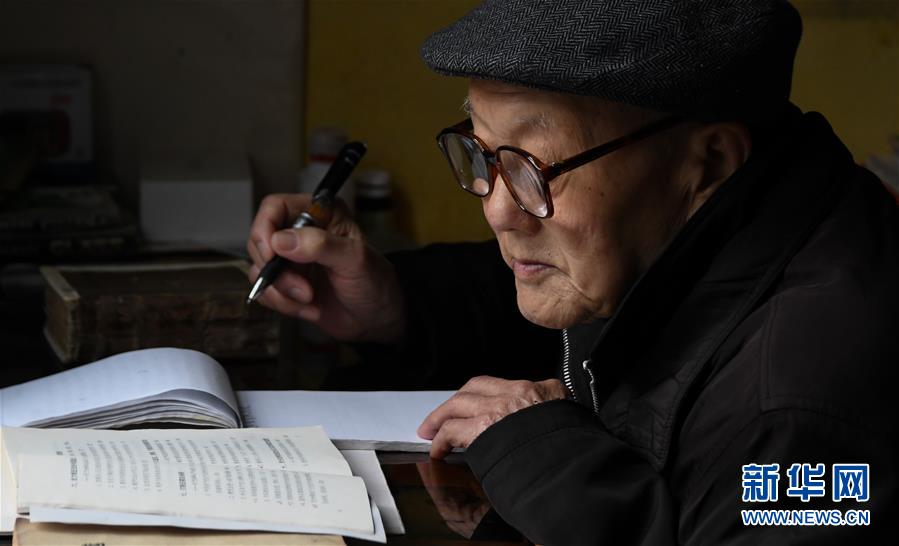 BEIJING, May 24 (Xinhua) -- Chinese President Xi Jinping has called for carrying forward the spirit of dedication of 95-year-old war hero Zhang Fuqing, encouraging people to come together and create a powerful force to forge ahead in the new era.

Xi, also general secretary of the Communist Party of China (CPC) Central Committee and chairman of the Central Military Commission, made the remarks in an instruction on Zhang's life story.

Hailing Zhang's touching deeds, Xi said the old hero hid his great deeds for more than 60 years and has stayed true to his original heart all his life.

"As a soldier, he defends the country; as a civilian, he works for the people's wellbeing," Xi noted.

Zhang lives a great life with his simplicity, purity, and indifference to fame and fortune, setting an example for both officers and soldiers in service and veterans of the armed forces, Xi said.

Zhang, a CPC member, was a soldier of Regiment 718 of Brigade 359 under the Northwest Field Army, which was one of the main forces of the Chinese People's Liberation Army during the Liberation War.

Braving the hail of bullets in the war, he was honored by the Northwest Field Army for performing meritorious deeds and won the honorary title of "Combat Hero" twice.

In 1955, Zhang retired from the army and chose to work and devote his life to the poverty-stricken mountainous areas in Laifeng, a remote county in central China's Hubei Province.

For more than 60 years, he deliberately kept his past achievements a secret, even from his children. It wasn't until the end of 2018 when authorities were collecting and recording veterans' information that his life story was revealed.