Xi stresses drawing strength from CPC history to forge ahead

BEIJING, June 18 (Xinhua) -- Xi Jinping, general secretary of the Communist Party of China (CPC) Central Committee, on Friday stressed bearing in mind the course of the Party's struggles, shouldering historic mission and drawing strength from the Party's history to forge ahead. 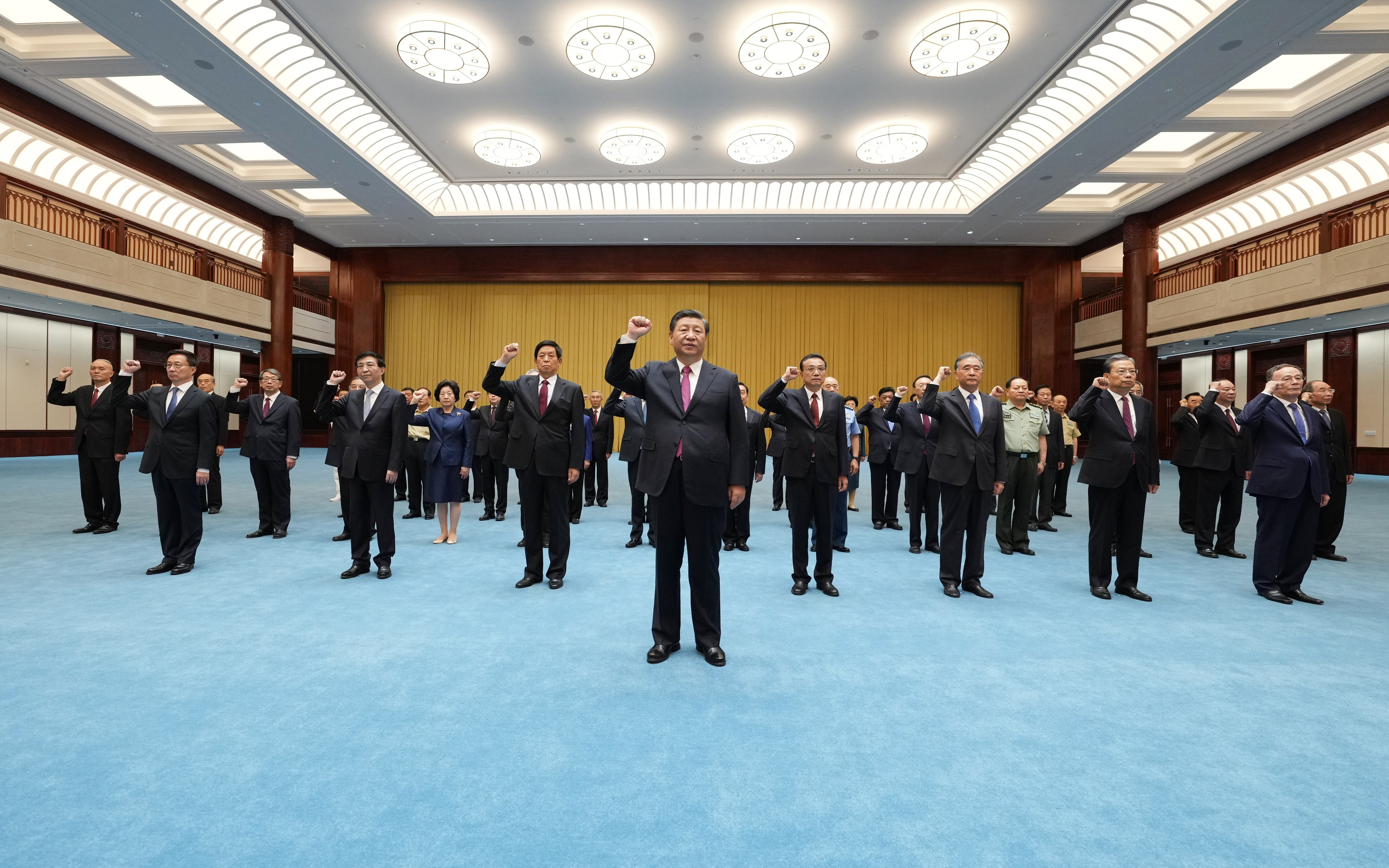 Xi, also Chinese president and chairman of the Central Military Commission, made the remarks when visiting an exhibition on the CPC history.

Themed "staying true to the founding mission," the exhibition debuted on Friday at the newly inaugurated Museum of the CPC in Beijing ahead of the CPC centenary.

"The Party's history is the most vivid and convincing textbook," Xi stressed.

The past 100 years have seen the CPC unswervingly fulfilling its original aspiration and founding mission, working hard to lay a foundation for its great cause, and making glorious achievements and charting a course for the future, Xi noted.

Xi said it is necessary to study and review the Party's history, carry forward its valuable experience, bear in mind the course of its struggles, shoulder the historic mission, and draw strength from its history to forge ahead.

Efforts should be made to educate and guide Party members and officials to stay true to the original aspiration and founding mission of the Party, Xi noted.

It is necessary for them to strengthen their awareness of the need to maintain political integrity, think in big-picture terms, follow the leadership core, and keep in alignment with the central Party leadership, and remain confident in the path, theory, system and culture of socialism with Chinese characteristics, as well as always closely follow the CPC Central Committee in terms of their thinking, political orientation and actions, he added.

Led by Xi, the leaders reviewed the Party admission oath.