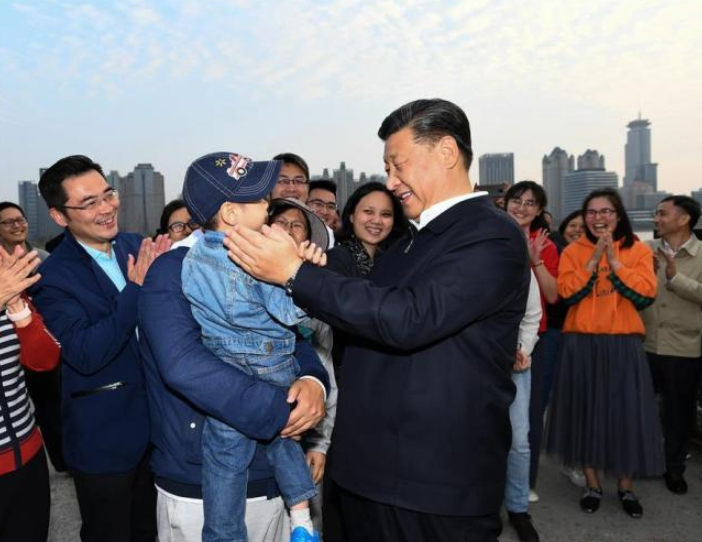 Xi Jinping, general secretary of the Communist Party of China (CPC) Central Committee, has underlined the importance to raise the governance capacity and level of modern socialist international metropolises.

Xi, also Chinese president and chairman of the Central Military Commission, made the remarks during an inspection tour in China's economic hub Shanghai from Saturday to Sunday.

Xi stressed in-depth study and implementation of the spirit of the fourth plenary session of the 19th CPC Central Committee, upholding the underlying principle of pursuing progress while ensuring stability, fully implementing the new development philosophy, accelerating the reform and opening-up, and speeding up the development of a modernized economy.

He underscored devoting greater energy to enhancing urban function and core competitiveness and steadily improving the capacity and level of governance of modern socialist international metropolises.

During the inspection tour, Xi learned about the implementation of the spirit of the fourth plenary session of the 19th CPC Central Committee, planning and development of urban public space, and community governance and service.

Visiting a section of the Yangshupu Waterworks located at Binjiang public space in Yangpu District, Xi spoke of the need to properly balance the relationship between protection and development, and the importance of maintaining a city's historical features.

Old architectures in the city, just like the elderly people, should be respected and treated well to retain a city's historical and cultural memories so that history and hometown memory can take roots in people's minds, helping them build stronger cultural confidence and deeper love for the country, Xi said.

"The cities are built by the people and are for the people," Xi said, adding that urban planning and development must be committed to a people-centered approach and focus on people's needs.

At a civic center in a community where residents come from over 50 countries and regions, Xi was briefed on the community's platform that solicits residents' opinions, and talked with representatives of them attending a consultation meeting on a draft law.

Speaking of the community's endeavors as a grassroots-level legislation contact point for the Standing Committee of the National People's Congress, Xi called for efforts to make it easier for residents to express their views through established channels and continue to explore diverse forms of democracy.

Urban governance is an important part of accelerating the modernization of China's system and capacity for governance, Xi said.

Xi stressed working on shifting the focus and supporting resources of urban governance to sub-districts and communities to focus on main duties and tasks, which include primary-level Party building, urban management, community governance and public services.

Xi also heard reports on the work of the CPC Shanghai Municipal Committee and the Shanghai municipal government.

Highlighting higher level of urban governance modernization, Xi called for taking a holistic approach in uran planning, construction, management, production, living and ecology and bringing into full play the efforts of the government, society and citizens.

He also underscored targeted efforts in the innovation of systems and mechanisms, strengthening institutions, and boosting the quality of Chinese economy.

The science and technology innovation board and the pilot registration system must stay committed to their roles, and the quality of listed firms should be improved, Xi said.

Shanghai should strengthen its role as the hub and gateway of opening-up and remain committed to promoting reform, development and innovation through opening-up, he said.

On advancing Party building, Xi asked Party organizations at all levels to consolidate the results achieved in the first phase of the "staying true to our founding mission" education campaign and earnestly carry out the campaign's second phase.

The success of the campaign is judged by whether it solves problems, Xi said, noting that the second phase will focus on the grassroots level and solving problems.

Shanghai is where the CPC was founded and the headquarters of its central authorities had been based for a long period after the Party's founding, Xi said.

He called for efforts to make good use of the city's revolutionary resources in the education campaign and guide Party members and officials to acquire a deeper understanding of the history of the Party, the People's Republic of China, and the reform and opening up.