BEIJING, April 20 (Xinhua) -- Xi Jinping, general secretary of the Communist Party of China (CPC) Central Committee, has stressed efforts to strengthen studies of the May Fourth Movement and its spirit, in order to motivate young people to make unremitting contributions to national rejuvenation. 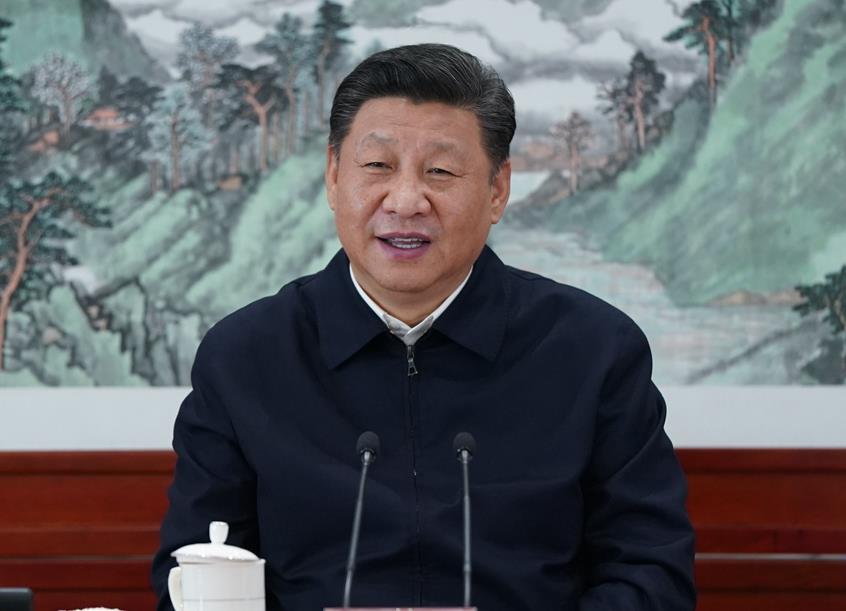 Xi Jinping, general secretary of the Communist Party of China (CPC) Central Committee, delivers a speech while presiding over a group study session of the CPC Central Committee Political Bureau at the People's Daily in Beijing, capital of China, Jan. 25, 2019. (File photo: Xinhua)

Xi made the remarks at a group study session of the Political Bureau of the CPC Central Committee on Friday, as the 100th anniversary of the movement draws near, according to a press release issued on Saturday.

Presiding over the session on the historical significance and modern value of the May Fourth Movement, Xi underscored that studies of the movement and its spirit must be enhanced, to guide the youth to work tirelessly to secure a decisive victory in building a moderately prosperous society in all respects, strive for the great success of socialism with Chinese characteristics for a new era, and realize the Chinese Dream of national rejuvenation.

The movement in 1919, launched by young intellectuals and participated by people from all walks of life, was a great patriotic and revolutionary campaign resolutely fighting against imperialism and feudalism.

Xi urged efforts to carry out studies in China's political, intellectual, cultural and social histories since the movement, to elaborate on why the movement is of great and far-reaching significance for development and progress in contemporary China, and why Marxism could become the guidance for the cause of the Chinese people's revolution, construction, and reform.

Such studies must aim to make it clear why the CPC could shoulder the historical responsibility to lead the people in realizing national independence, the people's liberation, national prosperity, and the people's happiness, Xi said.

By doing so, it should be made clear why socialism could take root and continue to improve and develop in China, so as to guide people to draw lessons and wisdom from history, and foster stronger confidence in the path, theory, system, and culture of socialism with Chinese characteristics, Xi noted.

He asked for in-depth studies of the great significance of patriotism, progress, democracy and science advocated in the movement for realizing the Chinese Dream of national rejuvenation.

Research on the Chinese youth movement since the May Fourth Movement should be enhanced, Xi said, calling on young people to uphold the leadership of the Party.

Xi also underscored the importance of responding to why the theme of contemporary Chinese youth movement is to strive for achieving the Chinese Dream of national rejuvenation, requiring all aspects of society to care for and serve the youth, as well as create a sound environment for them to develop, innovate and do pioneering work.

The collection, sorting and conservation of historical materials and cultural relics of the May Fourth Movement should be strengthened, he said.

Li Yuqi, a researcher with the China Youth and Children Research Center, gave a lecture on the topic and offered suggestions at Friday's meeting.