BEIJING, Feb. 19 (Xinhua) -- President Xi Jinping on Friday stressed full, accurate and comprehensive implementation of the new development philosophy, as well as the crucial role of reform in establishing a new development paradigm. 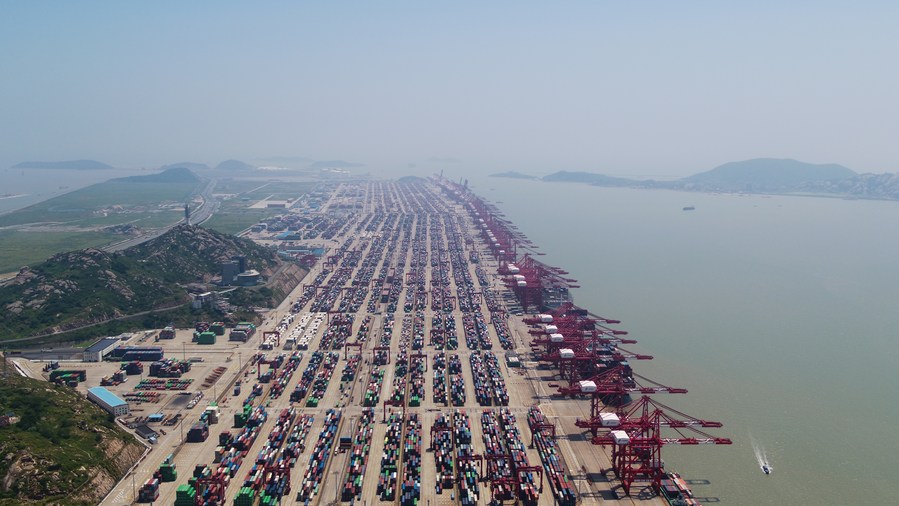 Xi, also general secretary of the Communist Party of China (CPC) Central Committee and chairman of the Central Military Commission, made the remarks while presiding over the 18th meeting of the central committee for deepening overall reform.

Li Keqiang, Wang Huning and Han Zheng, all members of the Standing Committee of the Political Bureau of the CPC Central Committee and deputy heads of the central committee for deepening overall reform, attended the meeting.

The meeting reviewed and approved the work summary of the central committee for deepening overall reform in 2020 and its work plan in 2021.

The meeting also reviewed and approved a series of guidelines including those on improving the price control mechanism of important livelihood commodities, promoting high-quality development of public hospitals, enhancing regulatory capacity-building for pharmaceuticals, and establishing and improving the value realization mechanism of ecological products.

Significant progress has been made in deepening overall reforms over the past year, the meeting said.

The meeting stressed the essential role of reforms in establishing new development paradigm, while calling for efforts to remove institutional barriers that restrict the improvement of core competitiveness of science and technology.

The meeting underscored breaking through the bottleneck of core technologies and industries, and firmly grasping the initiatives of innovation and development.

More targeted measures will be introduced to improve fair competition system, strengthen the protection of property rights and intellectual property rights, unleash the vitality of market entities, promote the upgrade of industrial and supply chains, establish a modern logistics system and build a unified national market.

The meeting urged efforts to expand domestic demand in deepening reform, improve systems and mechanisms for coordinated regional development and integrated urban-rural development, as well as accelerate the development of a new type of urbanization that puts people at the core.

China should push forward high-level opening-up, speed up fostering a market-oriented, law-based and internationalized business environment, and facilitate the establishment of an open economy at a higher level, the meeting said.

China will formulate an action plan for peaking carbon emissions before 2030 to ensure its development based on efficient use of resources, strict protection of ecological environment and effective control of greenhouse gas emissions, the meeting said.

The meeting stressed strengthening integration of reforms in different areas and putting the implementation and effective results of reforms in a more prominent position.

In the process, people who advance reforms should adopt a systematic concept, dialectical thinking, an innovative mindset and a spirit of perseverance, according to the meeting.