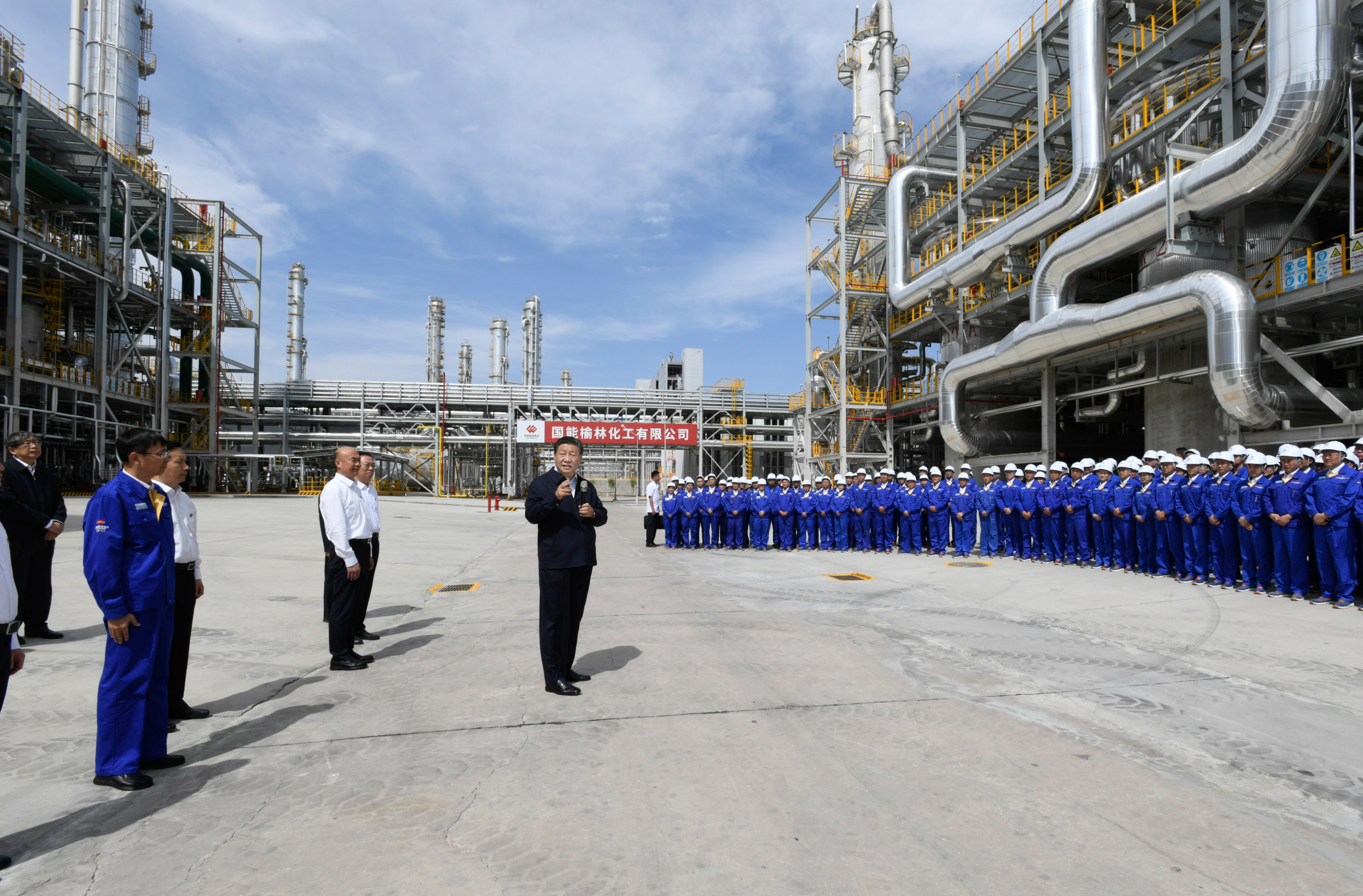 Xi Jinping, general secretary of the Communist Party of China Central Committee, has stressed efforts to develop the country's energy industry, noting that such development should follow a green and low-carbon path.

Xi made the remarks on Monday while visiting a chemical enterprise under the China Energy Investment Corporation in Yulin City, northwest China's Shaanxi Province.

Xi inspected the company's central control room, visited its project site, and learned about the comprehensive use of coal.

Continued efforts should be made to boost the energy industry so as to underpin the modernization of the country. Meanwhile, the development of the coal industry should be transformed and upgraded, following a green and low-carbon path, he noted.

Such efforts would be conducive to peaking carbon dioxide emissions and achieving carbon neutrality without straining resources, energy and environmental capacity, Xi said.

"This will help us meet the requirements of building a community with a shared future for humanity and protect our planet Earth well," he added.