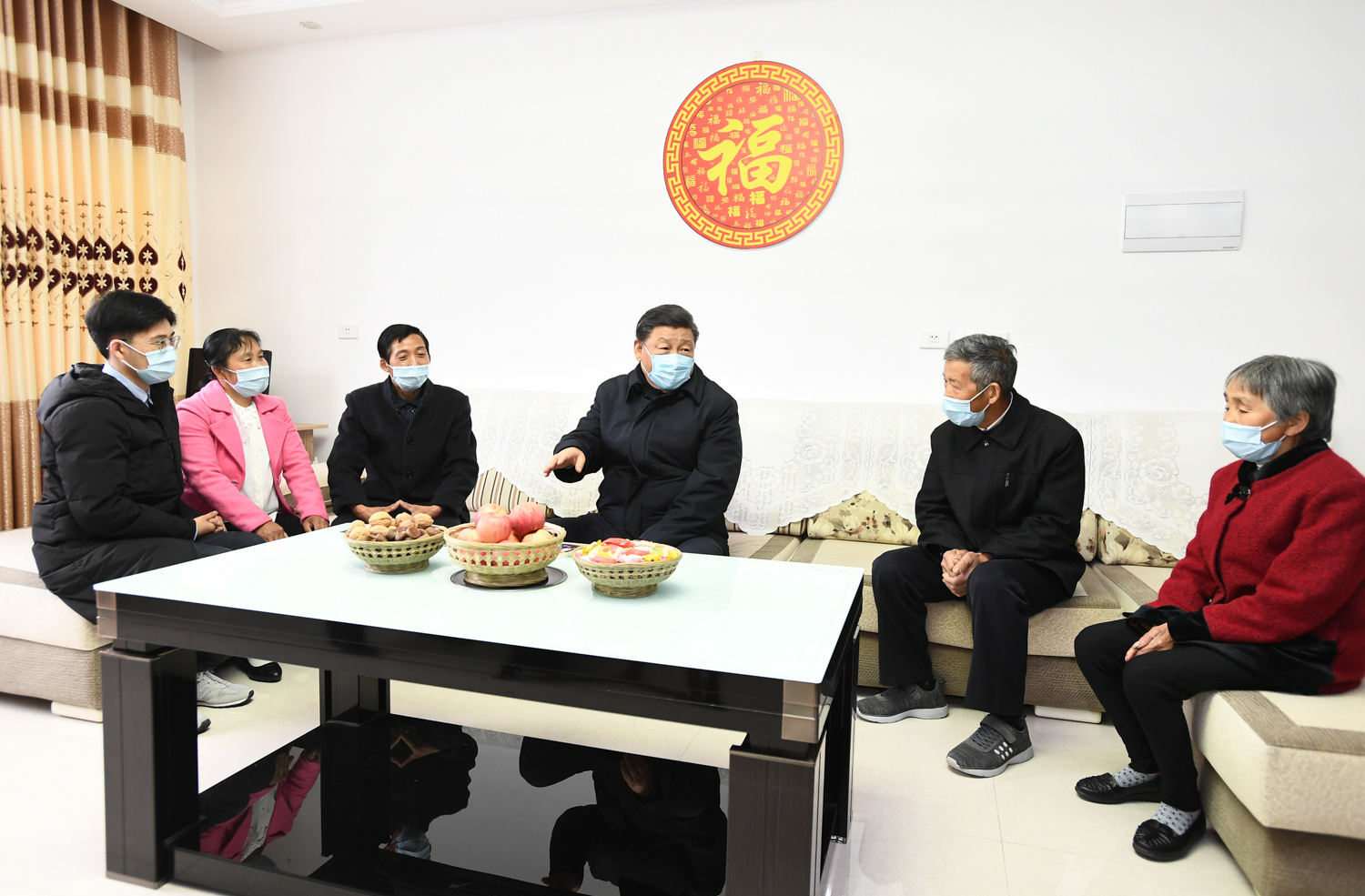 XI'AN, April 22 (Xinhua) -- Xi Jinping, general secretary of the Communist Party of China Central Committee, on Tuesday stressed the importance of employment in followup measures to help people shake off poverty during an inspection tour in northwest China's Shaanxi Province.

Xi made the remarks while visiting a community in Laoxian Town, Pingli County of the city of Ankang.

The community is now home to 1,346 households that have been relocated from hilly, geological disaster-prone or poverty-stricken areas across the town.

At the home of resident Wang Xianping, Xi sat and had a chat with Wang's family about their daily life.

Relocated people can only live in peace and contentment when they have a stable life, which depends on employment, Xi said.

He stressed down-to-earth efforts facilitating employment, warning against any practice of formalities for formalities' sake.

The places Xi visited in this inspection tour are located in the Qinling-Bashan mountainous region, one of China's 14 contiguous areas of extreme poverty, which are the "hardest nut to crack" in the final rush period for poverty relief.

Across China, more than 9.6 million poor people have been relocated to more inhabitable areas over the past couple of years as part of the country's poverty alleviation efforts.

Addressing a symposium  in March on securing a decisive victory in poverty alleviation, Xi stressed that lifting all rural residents living below the current poverty line out of poverty by 2020 is a solemn commitment made by the CPC Central Committee, and it must be fulfilled on schedule.