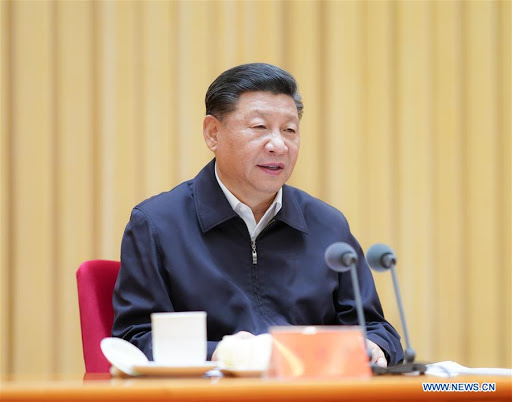 Xi made the remarks Monday when addressing a group study session of the Political Bureau of the CPC Central Committee.

Xi stressed the need to have a profound understanding of how important and necessary it is to improve the country's international communication, and to develop a voice in international discourse that matches with China's comprehensive national strength and international status.

Although China's influence on international discourse has notably improved since the 18th CPC National Congress in 2012, the country faces new situations and tasks, he said.

Xi stressed greater efforts to construct China's own discourse and narrative, interpreting China's practices by its own theories.

He called for using new concepts, domains and expressions to better tell China's stories and the spiritual strength behind the stories.

On CPC's publicity, Xi urged greater efforts to help foreign audiences understand what the Party is pursuing is nothing but the Chinese people's well-being.

He also emphasized the efforts to introduce the Chinese culture abroad and strive to shape a reliable, admirable and respectable image of China.

Xi emphasized extensively promoting China's stand, wisdom and approach as the country has the ability as well as the responsibility to play a bigger role in global affairs and make greater contributions to jointly solving problems of humanity with other countries.