BEIJING, March 5 (Xinhua) -- Chinese President Xi Jinping on Friday stressed full and faithful comprehension and implementation of the new development philosophy when joining a deliberation during the annual session of the National People's Congress, the top legislature. 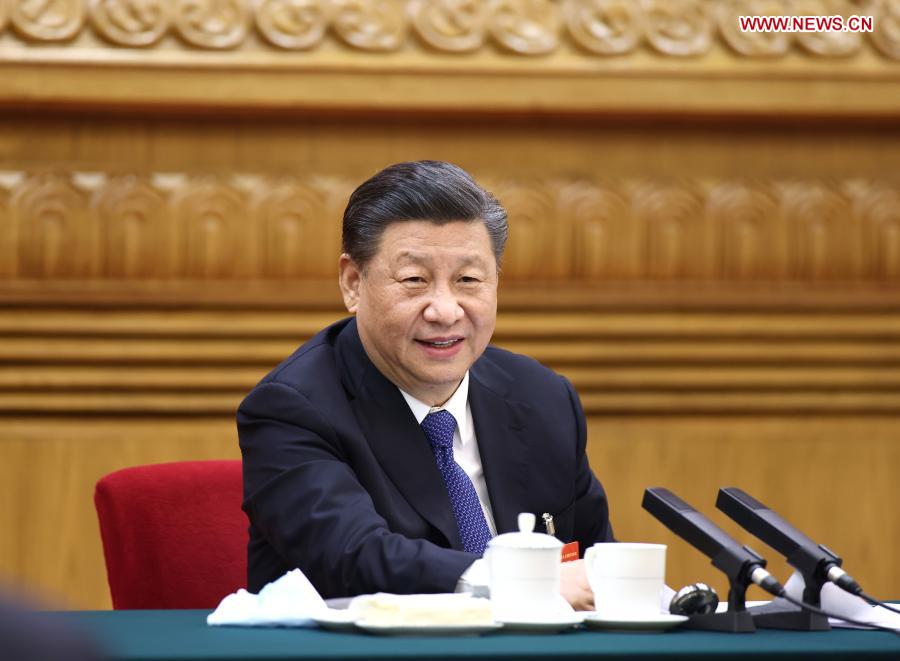 Chinese President Xi Jinping, also general secretary of the Communist Party of China Central Committee and chairman of the Central Military Commission, takes part in a deliberation with his fellow deputies from the delegation of Inner Mongolia Autonomous Region, at the fourth session of the 13th National People's Congress (NPC) in Beijing, capital of China, March 5, 2021. (Photo: Xinhua)

Joining discussions with fellow lawmakers from north China's Inner Mongolia Autonomous Region, Xi, also general secretary of the Communist Party of China (CPC) Central Committee and chairman of the Central Military Commission, called on the region to serve and integrate into the country's new development paradigm.

Urging Inner Mongolia to cherish and uphold its fine tradition of ethnic unity, Xi stressed cementing the sense of community for the Chinese nation.

He also called for efforts to better conduct a campaign on CPC history learning and education.