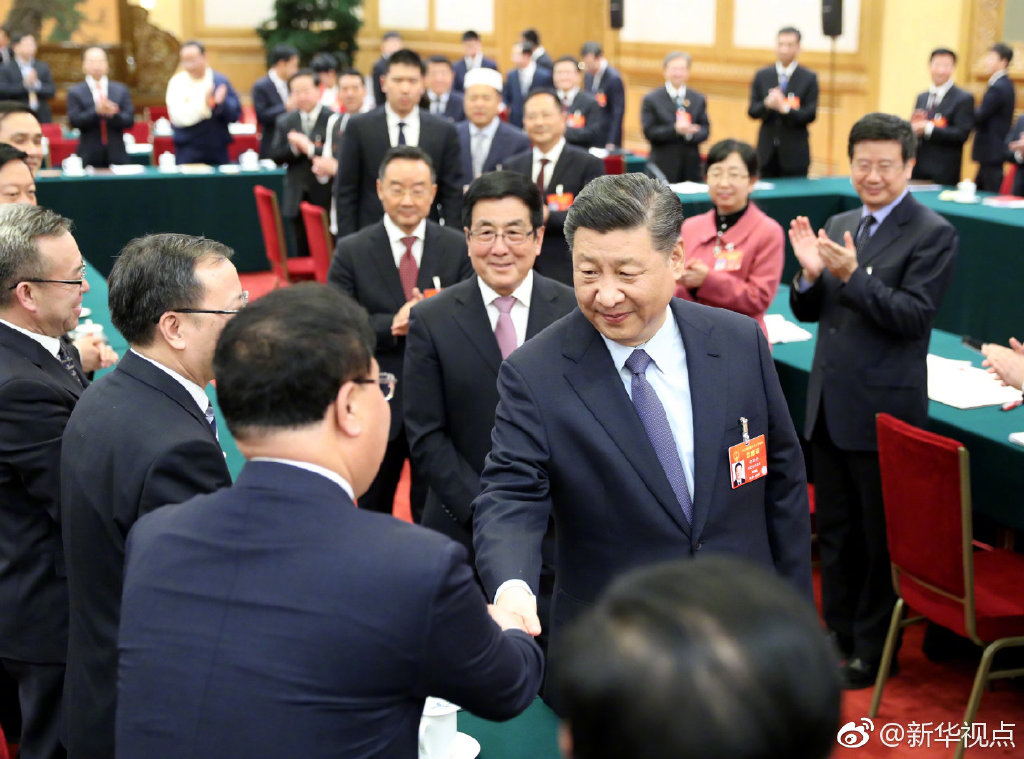 President Xi Jinping, also general secretary of the Communist Party of China Central Committee and chairman of the Central Military Commission, shakes hands with a lawmaker from Gansu province on March 7, 2019. (Photo: Xinhua)

BEIJING, March 7 (Xinhua) -- Chinese President Xi Jinping on Thursday called for perseverance in the fight against poverty as there are only two years left for the country to meet its goal of eradicating extreme poverty by 2020.

"There should be no retreat until a complete victory is won," said Xi, also general secretary of the Communist Party of China (CPC) Central Committee and chairman of the Central Military Commission.

He made the remarks when deliberating with deputies from Gansu Province at the second session of the 13th National People's Congress (NPC), China's national legislature.

Decisive progress has been achieved in the country's tough fight against poverty over the past years, marking a new chapter in the poverty reduction history of mankind, said Xi, stressing that the goal to eradicate extreme poverty must be achieved on time.

He warned that the tasks ahead remain arduous and hard as those still in poverty are the worst stricken.

Explaining the criteria of lifting people out of poverty, Xi said they should no longer need to worry about food and clothing while enjoying access to compulsory education, basic medical care and safe housing.

The practices of formalities for formalities' sake and bureaucratism hamper the effective advancement of poverty reduction, he said, stressing a firm hand in rectifying malpractices in poverty relief.

Xi asked Party committees and governments at all levels to shoulder their responsibilities in the critical battle against poverty.

He ordered efforts to redress undesirable conduct of officials in a timely manner, as well as special campaigns to target corruption and bad conduct in poverty reduction.

Premier Li Keqiang spoke of the need to replace old growth drivers with new ones and improve people's wellbeing to advance high-quality development.

Wang Yang, chairman of the National Committee of the Chinese People's Political Consultative Conference, urged high-quality poverty alleviation work to make sure that nobody is left behind in the course of building a moderately prosperous society in all respects.

Wang Huning, a member of the Secretariat of the CPC Central Committee, said he expects Shanghai to continue to lead the reform and opening-up and to elevate the coordinated development of the Yangtze River Delta to a higher level.

Zhao Leji, secretary of the CPC Central Commission for Discipline Inspection, spoke of the need for Tianjin to take advantage of the period of strategic opportunity, enhance the capacity of innovation, and focus on developing real economy.

Vice Premier Han Zheng stressed the full implementation of the national strategy of the coordinated development of the Yangtze River Delta.