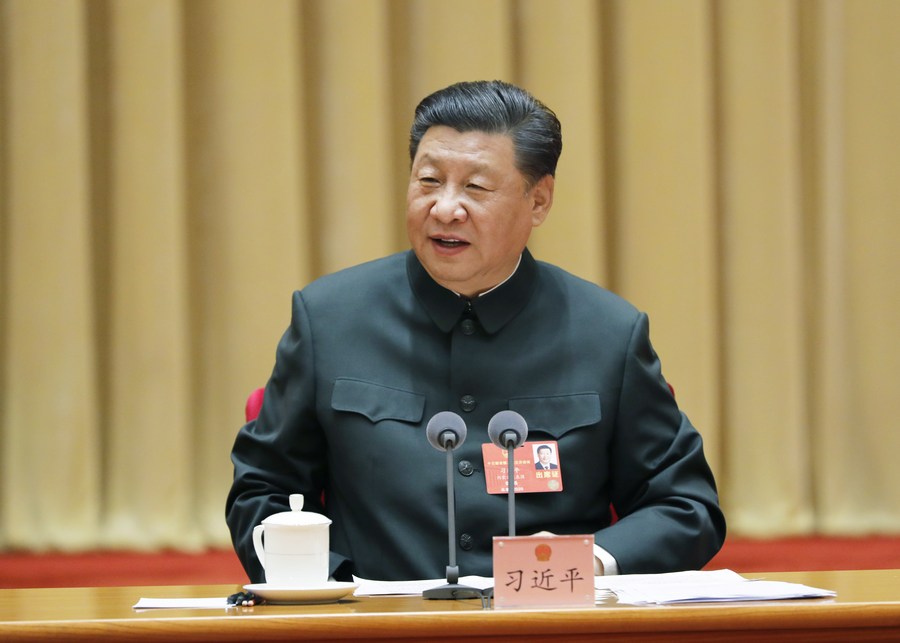 BEIJING, July 28 (Xinhua) - Chinese President Xi Jinping has stressed persistent efforts to strive ahead with diligence to realize the goals set for the 100th anniversary of the founding of the People's Liberation Army (PLA).

Xi, also general secretary of the Communist Party of China (CPC) Central Committee and chairman of the Central Military Commission (CMC), made the remarks on Wednesday during a visit to the Military Museum of the Chinese People's Revolution.

Xi visited an exhibition featuring achievements made in strengthening China's national defense and armed forces in the new era.

Since the 18th National Congress of the CPC in 2012, the CPC Central Committee and the CMC have been leading the armed forces in enhancing their political loyalty, strengthening them through reform and technology and the training of competent personnel, running them in accordance with the law, and intensifying military training for better combat readiness, Xi said.

Historic and great achievements have been made in this regard, Xi noted.

Noting that the PLA will mark the 100th anniversary of its founding in five years, Xi called for new advances in building stronger armed forces to shore up the great rejuvenation of the Chinese nation.