Chinese President Xi Jinping, also general secretary of the Communist Party of China Central Committee and chairman of the Central Military Commission, takes part in a deliberation with his fellow deputies from the delegation of Inner Mongolia Autonomous Region, at the fourth session of the 13th National People's Congress (NPC) in Beijing, capital of China, March 5, 2021. (Photos: Xinhua)

Xi, also general secretary of the Communist Party of China Central Committee and chairman of the Central Military Commission, made the remarks while joining in a deliberation with fellow lawmakers from north China's Inner Mongolia Autonomous Region during the country's annual legislative session. 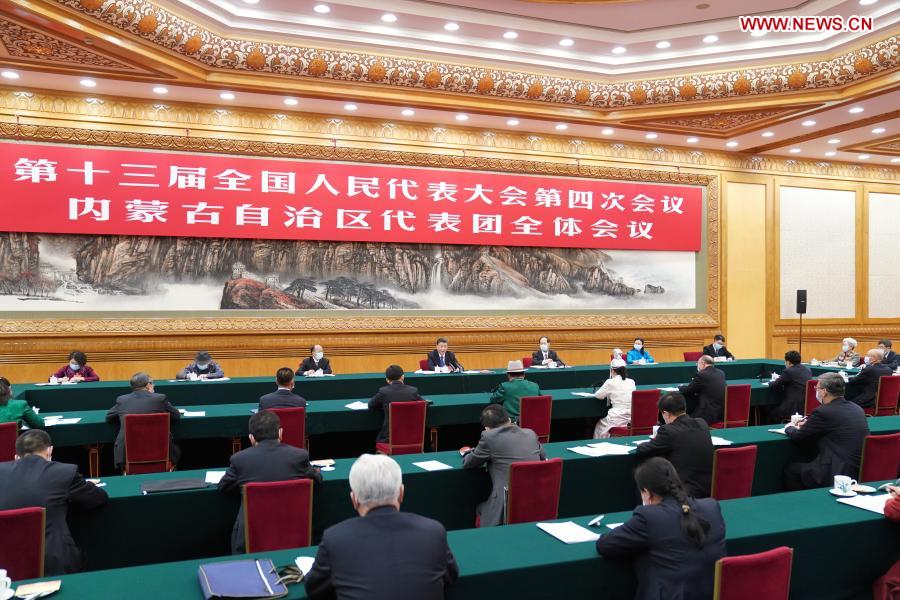 As the first ethnic minority autonomous region in China, Inner Mongolia should make more solid and meticulous efforts in promoting ethnic unity to strengthen the sense of identity with the motherland, the Chinese nation, the Chinese culture, the Party and socialism with Chinese characteristics among people of all ethnic groups, Xi said.