TAIYUAN, May 12 (Xinhua) -- Xi Jinping, general secretary of the Communist Party of China Central Committee, has stressed the protection of the Yungang Grottoes as they are the "treasure of human civilization." 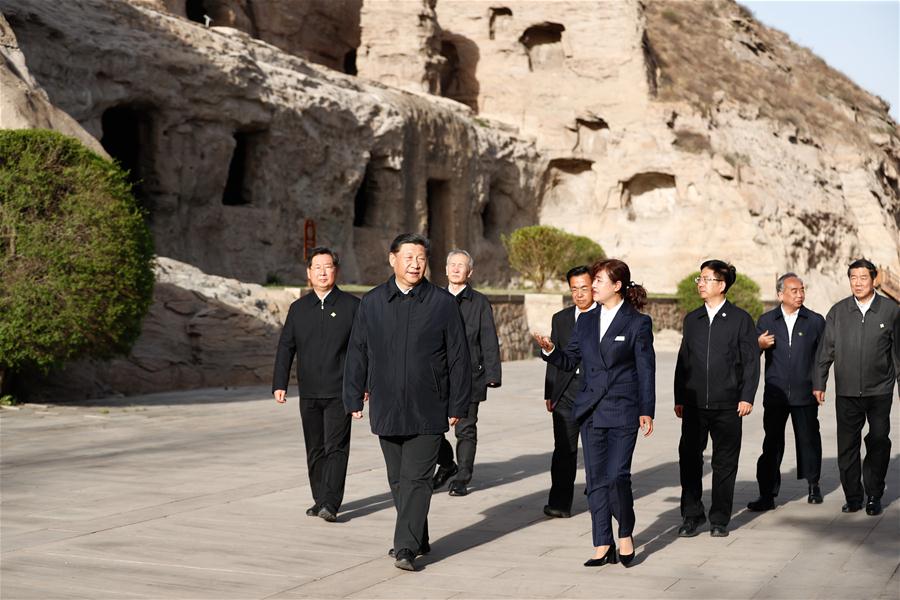 Xi made the remarks on Monday during his inspection tour in north China's Shanxi Province.

While visiting the cave art site in the city of Datong to learn about historical and cultural heritage protection, Xi carefully viewed sculptures and wall paintings and inquired about the history, artistic style and protection of the grottoes. 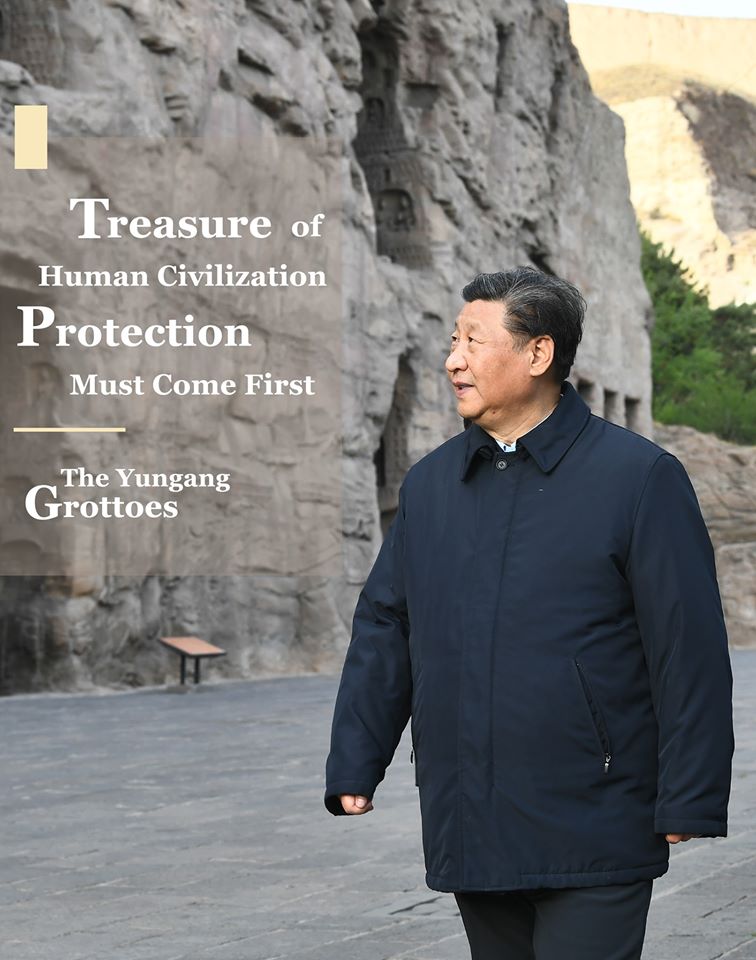 The Yungang Grottoes represent the characteristics of Chinese culture and the history of cultural exchanges between China and other countries, Xi said.

Lauding the Yungang Grottoes as the "treasure of human civilization," Xi said protection of the site should be the top priority, and its research and utilization should be based on good protection.

Representing the outstanding achievement of Buddhist cave art, the Yungang Grottoes are one of the three major grotto sites in China. The others are the Mogao Grottoes in Dunhuang, Gansu Province, and the Longmen Grottoes in Luoyang, Henan Province.

While inspecting Gansu in August 2019, Xi visited the Mogao Grottoes to learn about its history and cultural heritage protection.