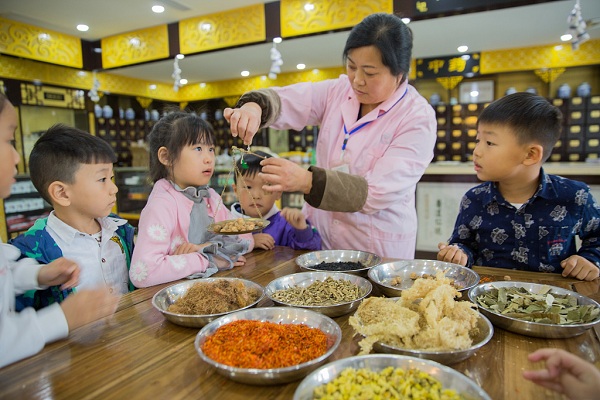 The country should carry on fine elements in TCM and innovate them, Xi said in a recent instruction, stressing that traditional medicine is a treasure of Chinese civilization embodying the wisdom of the nation and its people.

Xi's instruction was delivered at a national conference of TCM held Friday in Beijing.

Xi said that equal importance should be placed on traditional Chinese and Western medicines and efforts be made to enable them to supplement each other and prosper together.

He also underlined the efforts to promote TCM internationally and fully develop its unique strength in preventing and treating diseases.

In an instruction also delivered at the conference, Premier Li Keqiang called TCM a great creation of the Chinese nation.

He required efforts to promote preservation, innovation and high-quality development of TCM so that it will contribute to the improvement of people's health and wellbeing.

People who made outstanding contribution to TCM development were awarded at the conference.