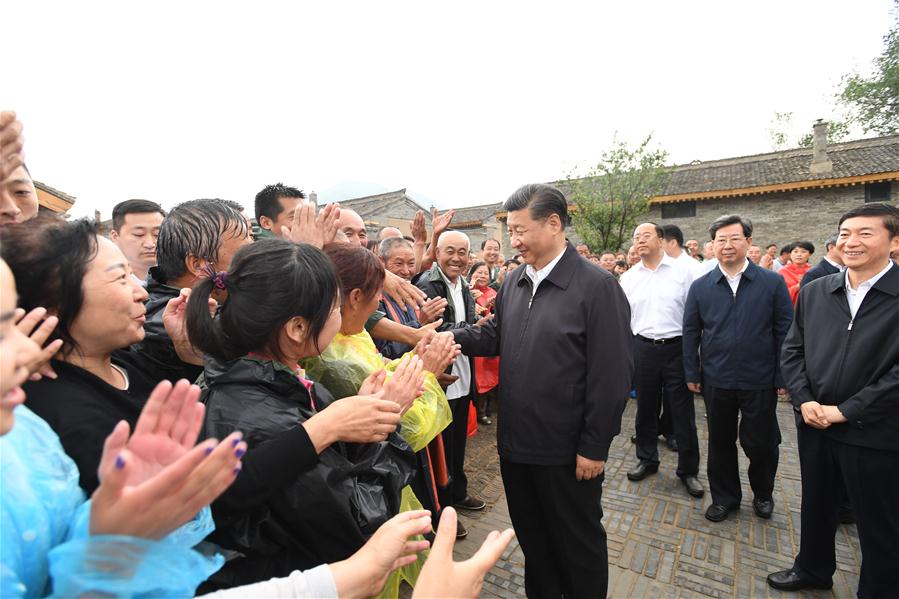 Rural vitalization strategy is a major strategy put forward at the 19th CPC National Congress, and a historic task of overall importance which concerns fully building a modern socialist country, Xi said Friday while presiding over a group study session of the Political Bureau of the CPC Central Committee on this issue.

He called for deepening the understanding of the major strategy and always making resolving issues concerning agriculture, the countryside and farmers the top priority of the Party's work.

Forty years ago, it was rural reforms that raised the curtain of China's reform and opening up. Today, China should break new ground for urban-rural integration and modernization by vitalizing rural areas, he said.

He called for planning and advancing the modernization of agriculture and rural areas side by side so as to turn China from a large agricultural country to a strong one.

Effective measures should be taken in terms of investment, factors allocation, public service and cadres' assignment to shore up points of weakness in agricultural and rural development and narrow urban-rural gap, Xi said.

He called for more efforts to prioritize the development of farmer cooperatives and family farms so as to boost the efficiency of the agricultural sector.

Winning the battle against poverty is a priority task of the rural vitalization strategy, he said.

Calling talents the foundation of rural vitalization, Xi said more efforts should be made to motivate the vitality of talented people in rural areas and encouraging more talented people in cities to make innovations and start new companies in the countryside.

In implementing the rural vitalization strategy, the focus should be on quality instead of scale and speed, Xi said.

He stressed the importance of letting the market play the decisive role and ensuring the government play its role better in promoting a new round of rural reforms.

Xi also highlighted the importance of creating a stronger sense of fulfillment, happiness, and security for rural people in carrying out the rural vitalization strategy.