BEIJING, Oct. 19 (Xinhua) -- Xi Jinping, general secretary of the Communist Party of China (CPC) Central Committee, has called for grasping the trend and law of digital economic development and pushing forward the sound development of the digital economy in the country. 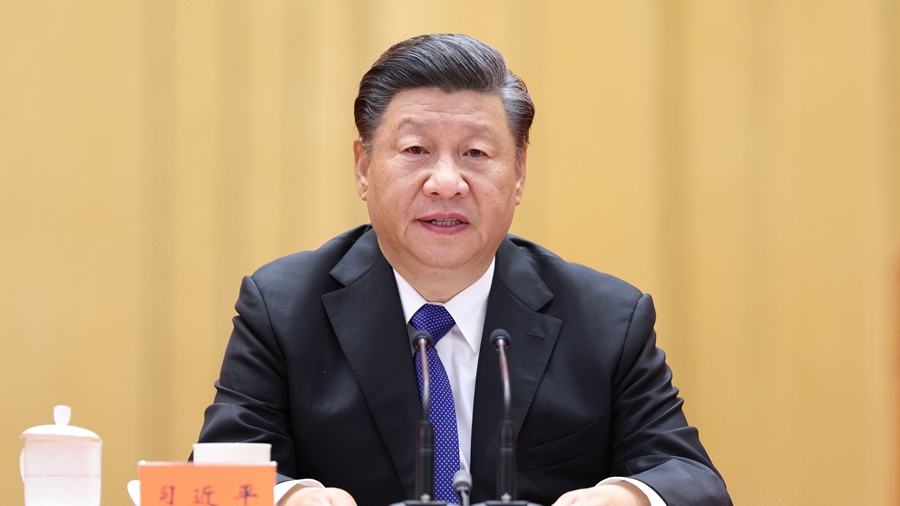 Xi made the remarks on Monday when presiding over a study session of the Political Bureau of the CPC Central Committee.

He called for taking into account domestic and international dynamics and the two major tasks of development and security, to strengthen and expand China's digital economy.

Developing a digital economy is a strategic choice for grasping the new opportunities in the new round of revolution in science and technology and industrial transformation, as it can help foster a new development paradigm, a modern economic system, and new national competitive strengths, Xi stressed.

China needs to work hard on key and core technologies, achieve high-level self-reliance and self-improvement as soon as possible, and keep the autonomy of developing the digital economy firmly in its own hands, said Xi.

Xi stressed further efforts in building a high-speed, ubiquitous, intelligent, and comprehensive digital information infrastructure that integrates space and ground, and the cloud and the internet. It should also be green, low-carbon, secure and controllable, he noted, calling for significant breakthroughs in key software.

Efforts should be made to push forward integrated development of the digital economy and the real economy, said Xi.

Calling for building a multi-tiered and three-dimensional supervision system that covers all directions, Xi stressed efforts to correct and standardize behaviors and practices that harm people's interests and impede fair competition in the course of development, and prevent platform monopolies and disorderly expansion of capital.