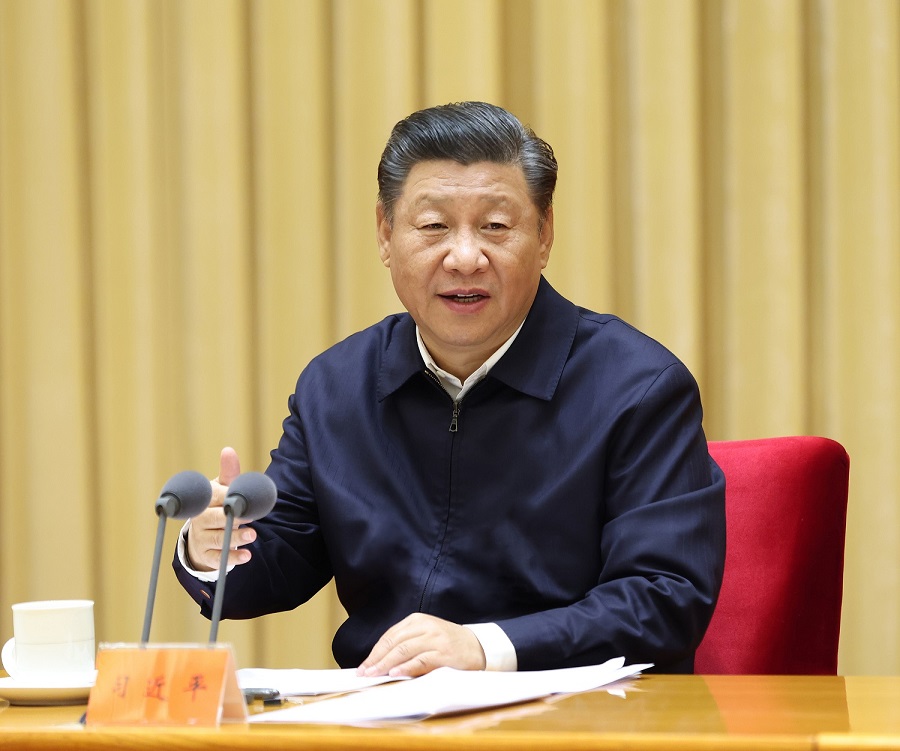 BEIJING, Nov. 17 (Xinhua) -- President Xi Jinping has called for sticking to the path of socialist rule of law with Chinese characteristics, and promoting the modernization of China's governance system and capacity in line with the rule of law.

Xi, also general secretary of the Communist Party of China (CPC) Central Committee and chairman of the Central Military Commission, delivered the statement in a speech to the central conference on work related to overall law-based governance held in Beijing on Monday and Tuesday. 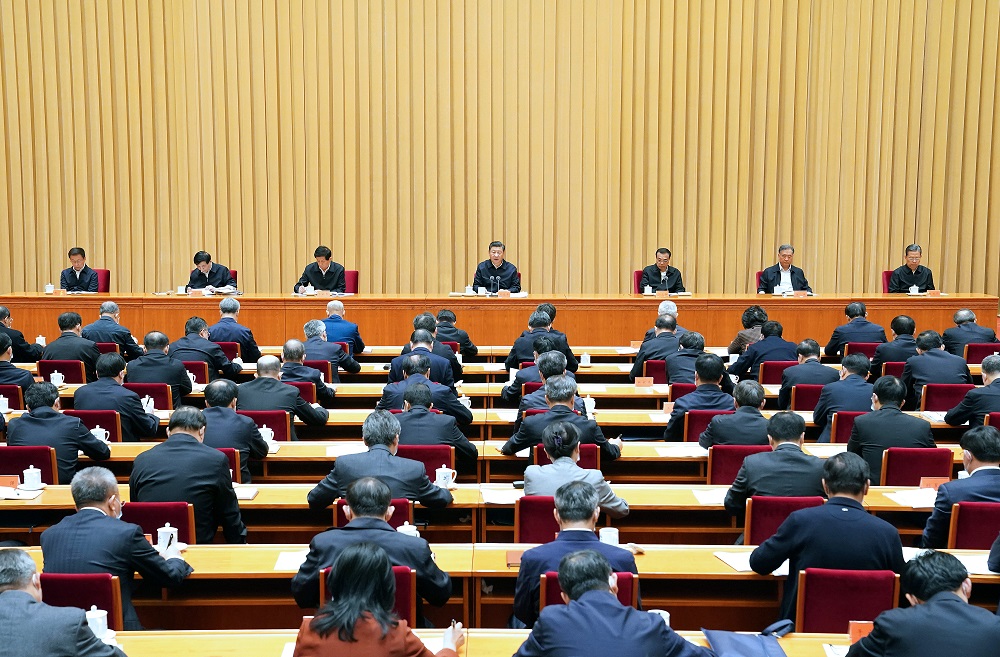 The meeting noted that Xi Jinping Thought on the Rule of Law represents the latest achievement in adapting Marxist theories on the rule of law to the Chinese context, serving as the fundamental guideline for law-based governance in China.

Noting the major achievements in promoting law-based governance, which was put forward by the CPC Central Committee since the 18th CPC National Congress, Xi set forth the requirements for current and future work.

A people-centered approach must be taken, Xi said, noting that the fundamental goal of promoting law-based governance is to protect the people's rights and interests. People's happy life must be guaranteed by the rule of law, he added.

Xi said efforts should be made to ensure that China stays on the path of socialist rule of law with Chinese characteristics.

He underscored adopting a mindset consistent with the rule of law and taking a law-based approach when handling deep-seated obstacles to economic and social development, as well as providing long-term institutional guarantees for the development of the cause of the Party and the country.

He stressed the need to adhere to Constitution-based governance, calling for unswervingly upholding the leadership of the Party, the people's democratic dictatorship and the people's congress system, which are enshrined in the Constitution.

Noting the importance of promoting the modernization of China's governance system and capacity along the path of the rule of law, Xi urged efforts to respond to major challenges, withstand major risks, overcome major obstacles, and address major conflicts in accordance with the law.

He called for efforts to continue fostering a system of socialist rule of law with Chinese characteristics, and actively advance legislation in key areas including national security, scientific and technological innovation, public health, bio-safety and ecological civilization.

Highlighting work to ensure sound lawmaking, strict law enforcement, impartial administration of justice, and the observance of the law by everyone, Xi said efforts should be made to enable the people to see that justice is served in every judicial case.

A high-quality team of professionals with both integrity and ability should be fostered for legal work, Xi said.

He stressed that leading officials at various levels must faithfully implement major decisions and plans made by the CPC Central Committee on law-based governance.   Law-based governance should be promoted under the guidance of scientific theories, Xi said.

Li Keqiang said Xi's speech serves as a guiding document for the work of law-based governance in the new era. He called for sincere efforts to develop a good grasp of it and act on it.

Wang Huning said that it is imperative to study Xi Jinping Thought on the Rule of Law, grasp it in a comprehensive, faithful way, and apply it in the daily practice of law-based governance.