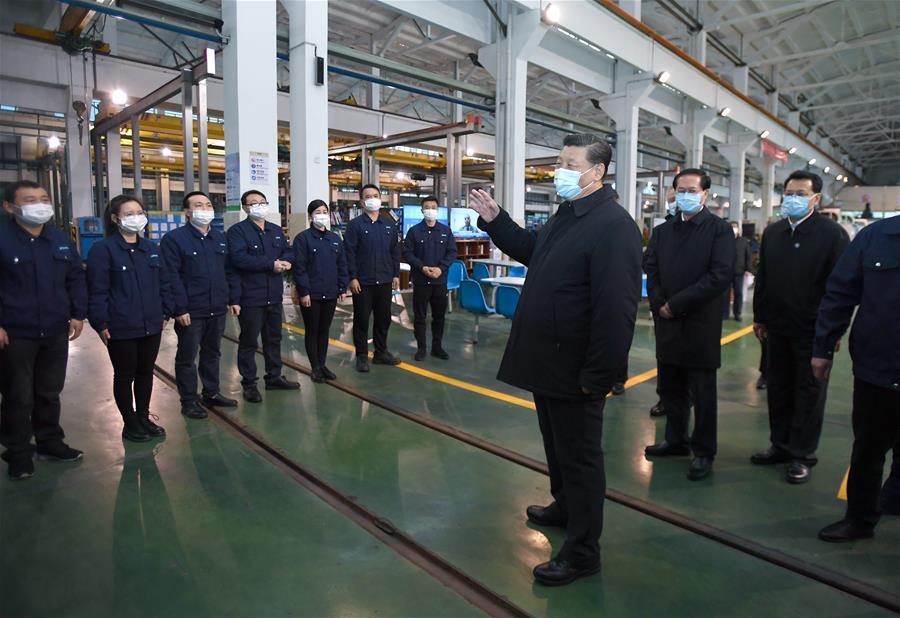 As the country is resuming work and production, it is necessary to strengthen monitoring and law enforcement of production safety in a differentiated manner and better implement the responsibilities of enterprise entities, said Xi, also general secretary of the Communist Party of China (CPC) Central Committee and chairman of the Central Military Commission, in an instruction. Noting that the country had made progress in workplace safety last year with the number of accidents declining, Xi said there remained many risks and much work is yet to be done.

Party committees and governments at all levels must give high priority to workplace safety, Xi stressed, adding that authorities must not neglect safety while focusing on development.

Workplace safety must not be regarded as a trivial matter or treated with formalism or bureaucracy, Xi said.

In view of the main features and outstanding problems in workplace safety, Xi said efforts should be made to improve the responsibility system, ensure strict rectification of problems found, and strengthen risk prevention and control so that hidden dangers could be fundamentally eliminated and major accidents effectively curbed.

Premier Li Keqiang, a member of the Standing Committee of the Political Bureau of the CPC Central Committee, also made an instruction on workplace safety.

Authorities must not let up on workplace safety at a time when the country is in a critical period of coordinating epidemic control and work resumption, Li said.

The instructions were delivered at a national teleconference on workplace safety in Beijing Friday. Liu He, a member of the Political Bureau of the CPC Central Committee and head of the Work Safety Committee of the State Council, attended the conference together with other senior officials.

At the conference, officials made arrangements for safety precautions in resuming work and production and for carrying out the three-year action plan on improving national workplace safety.