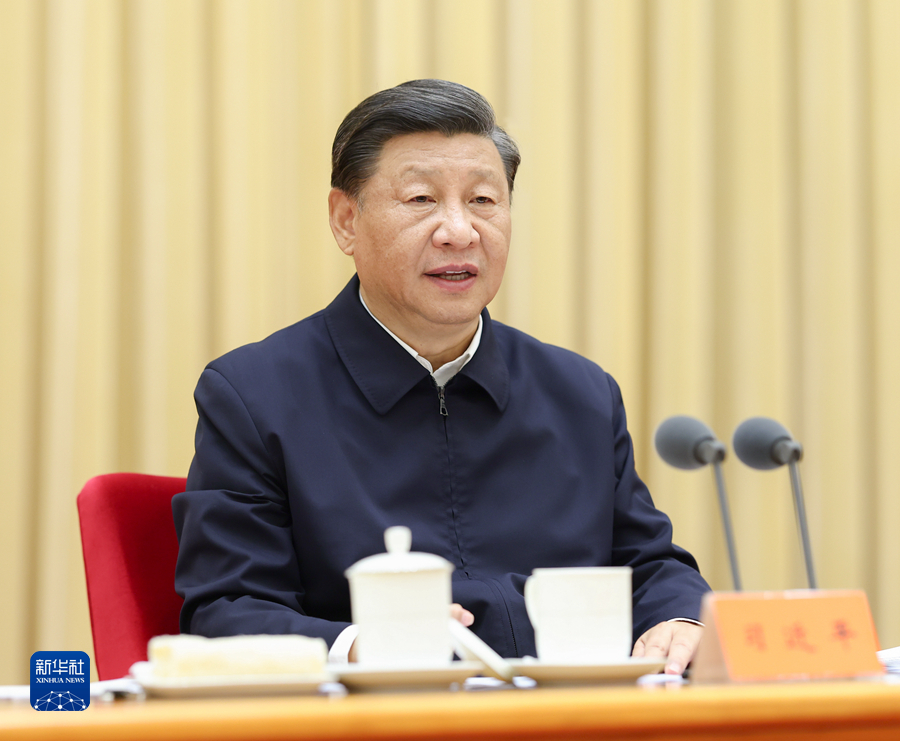 BEIJING, July 27 (Xinhua) -- President Xi Jinping has stressed holding high the banner of socialism with Chinese characteristics and striving to write a brand new chapter in building a modern socialist country in all respects.

Xi, also general secretary of the Communist Party of China (CPC) Central Committee and chairman of the Central Military Commission, made the remarks at a study session of provincial and ministerial-level officials held from Tuesday to Wednesday in Beijing.

Xi stressed adherence to socialism with Chinese characteristics and the guidance of the latest achievement in adapting Marxism to the Chinese context and the needs of the times on the new journey to build a modern socialist country in all respects. 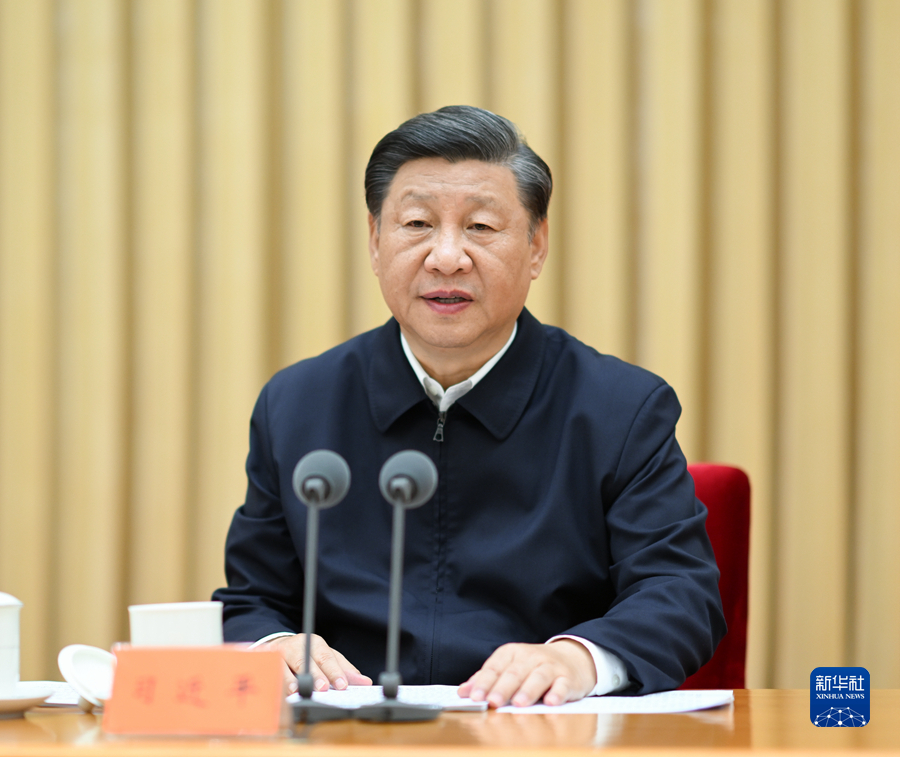 He underscored strengthening confidence in the path, theory, system, and culture of socialism with Chinese characteristics and driving forward the historical process of national rejuvenation.

Xi also highlighted the coordinated implementation of the Five-Sphere Integrated Plan and the Four-Pronged Comprehensive Strategy in writing a brand new chapter in building a modern socialist country in all respects.

The opening ceremony of the study session was attended by Li Keqiang, Li Zhanshu, Wang Yang, Wang Huning, Zhao Leji and Han Zheng, all members of the Standing Committee of the Political Bureau of the CPC Central Committee. Vice President Wang Qishan also attended the event.

Noting the importance of the upcoming 20th CPC National Congress to be held at a crucial moment on the new journey to build a modern socialist country in all respects, Xi said goals, tasks and policies for the cause of the Party and the country for the next five years and beyond will be made at the congress.

It is of key importance to building on past successes to further advance the cause of the Party and the country, to the future of socialism with Chinese characteristics, and to the great rejuvenation of the Chinese nation, Xi added.

Against the backdrop of accelerating global changes unseen in a century, and more complex risks, challenges, contradictions and problems, the fundamental task is to run our own affairs well, Xi said.

The past five years since the 19th CPC National Congress have been extremely extraordinary, Xi said.

The CPC Central Committee has united and led the entire Party, military, and the Chinese people in effectively coping with the grave and complex international situation and a stream of severe risks and challenges, and advanced socialism with Chinese characteristics in the new era. 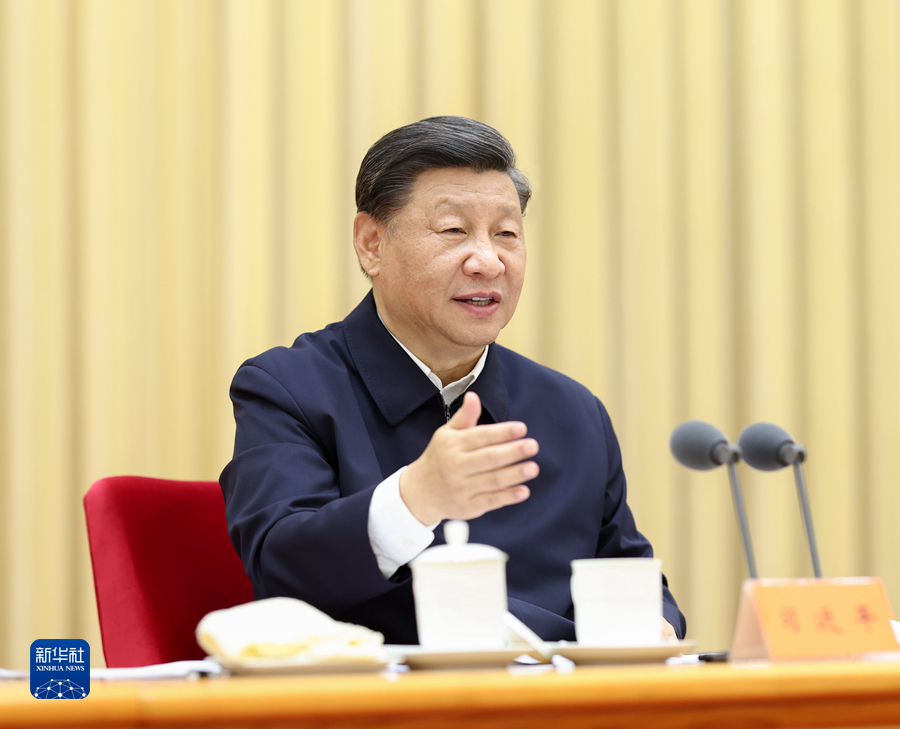 We made every effort to finish building a moderately prosperous society in all respects, promote high-quality development, and advance reform swiftly but steadily. We also made solid progress in developing whole-process people's democracy and proactively fostering an advanced socialist culture, he said.

China prioritized ensuring and improving people's well-being, mobilized all sectors of society in the anti-poverty campaign, and devoted significant energy to ecological conservation.

The 70th-anniversary celebration of the People's Republic of China took place during the period, and the CPC marked its 100th founding anniversary and launched a campaign for the study of the Party's history.

Facing the sudden outbreak of the COVID-19 pandemic, China, with the commitment to putting the people and their lives above all else, waged an all-out people's war to curb the spread of the virus, Xi said.

The country has managed to protect the health and safety of the people to the greatest extent possible and achieved the best results in the world in coordinating economic development with the COVID-19 response, Xi noted.

We have effectively exercised overall jurisdiction over the special administrative regions based on the Constitution and the regions' basic laws, he said. We have formulated and enacted the Law on Safeguarding National Security in the Hong Kong Special Administrative Region and secured the grasp of Hong Kong's overall situation.

In the face of the rapidly-changing international landscape, we have safeguarded our national dignity and core interests during our struggle and have kept a firm hold on the initiative of our development and security, Xi said.

We have improved implementing full and strict governance over the Party and worked tirelessly to tighten discipline and improve conduct. We have also taken coordinated action to see that officials do not have the opportunity, desire, or audacity to commit corruption, said Xi.

He noted that these efforts have made the Party's ties with the people closer and facilitated the development of a sound political atmosphere. It provided significant political guarantees for developing all areas of the Party and the country's endeavors. 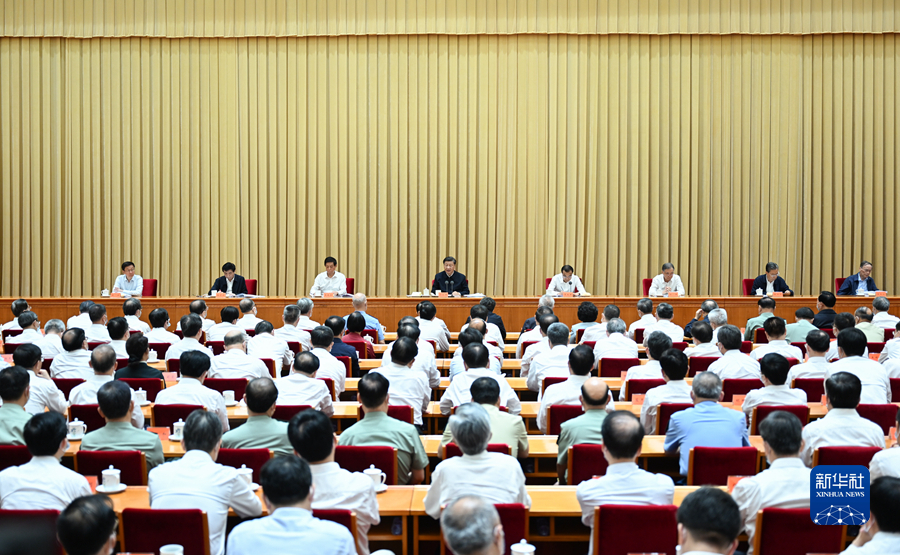 Socialism with Chinese characteristics has entered a new era since the Party's 18th National Congress, Xi said. He noted that the remarkable changes that took place in the decade of the new era are a milestone in the history of the Party, New China, reform and opening up, socialism, and the Chinese nation.

Xi said that achieving national rejuvenation will be no walk in the park, and it will take more than drum beating and gong clanging to get there.

Xi called for resolve to undertake a great struggle with many new contemporary features, and readiness to work even harder toward the goal of rejuvenation.

All the achievements in the past 10 years were made thanks to the joint endeavors of the CPC and the people, he said.

The guidance of the scientific theories of Marxism is a distinct political character and a strong political advantage of the CPC, Xi noted.

On the basis of adapting the basic tenets of Marxism to China's specific realities and its fine traditional culture, the CPC has established the Thought on Socialism with Chinese Characteristics for a New Era, and achieved a new breakthrough in adapting Marxism to the Chinese context, Xi said.

Xi urged the whole Party to constantly adapt Marxism to the Chinese context and keep it up-to-date.

Speaking of China's success in pursuing and expanding a Chinese path to modernization, Xi said that there is no set form of modernization or one-size-fits-all modernization standards in the world.

The 20th CPC National Congress will offer a panoramic prospect of the two-stage strategic plan for China's drive to build a great modern socialist country in all respects, and will in particular lay out plans for the strategic missions and major measures in the next five years, Xi said.

Noting that the next five years are a crucial period for starting the building of a modern socialist country in all respects, Xi said sound development in the five years will be of vital importance to achieving China's second centenary goal.

Xi called for efforts to focus on tackling unbalanced and inadequate development, and work on new ideas and measures to address problems.

Xi stressed ceaselessly exercising full and rigorous governance over the Party, warning against any slackness or weariness.

Xi called on all CPC members to remain committed to the Party's fundamental purpose of wholeheartedly serving the people, and do everything for the people while relying on the people in everything they do.

All Party members should always maintain close ties with the people, and accept the criticism and oversight of the people, he added.

While presiding over the opening ceremony of the study session, Li Keqiang said senior officials should thoroughly study Xi's important speech, follow its guiding principles both in thinking and action, promote reform, development and stability in their respective regions and departments, and set the stage for the Party's 20th National Congress with concrete action.

Addressing the closing ceremony, Wang Huning urged the participants to resolutely uphold General Secretary Xi Jinping's core position on the CPC Central Committee and in the Party as a whole, further grasp and apply Xi Jinping Thought on Socialism with Chinese Characteristics for a New Era, and continue to improve their capacity for political judgment, thinking and implementation.