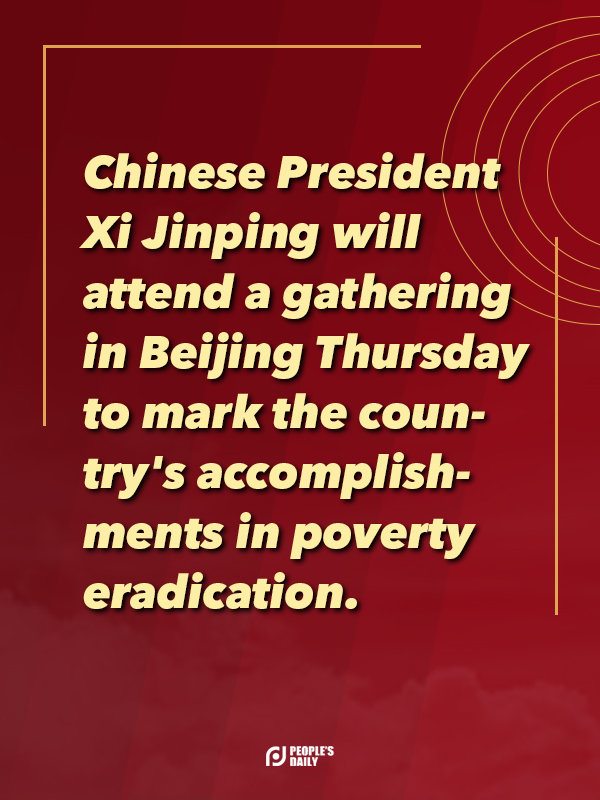 Xi, also general secretary of the Communist Party of China Central Committee and chairman of the Central Military Commission, will present awards and certificates to national honorary title recipients for their contributions to the poverty alleviation cause. He will also deliver an important speech.

Other role models in this regard will also be awarded.