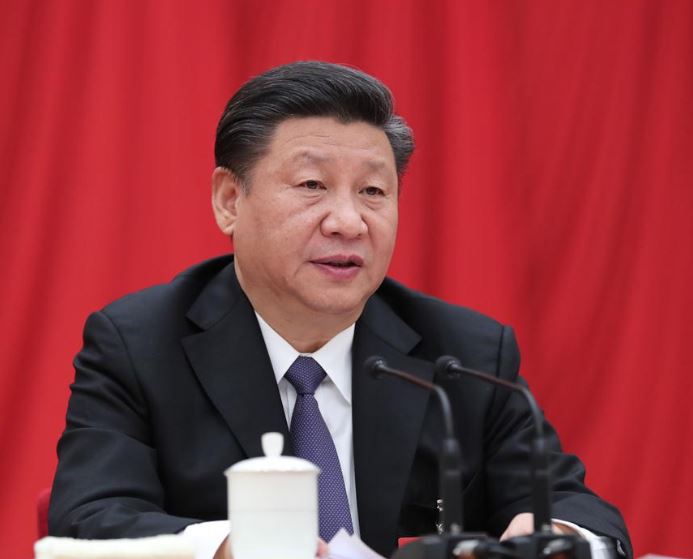 Xi made the statement at a group study session of the CPC Central Committee Political Bureau held Thursday afternoon.

The reform on the Party's disciplinary inspection system should be carried out together with the reform of the national supervisory system so that the enforcement of Party disciplines and laws are linked and effectively coordinated with the judicial system, he said.

Noting that the reform on the national supervisory system has made important progress, Xi said measures should be made to strengthen deterrence so officials don't dare to, strengthen the cage of institutions so they're unable to, and strengthen their vigilance so they have no desire to commit acts of corruption.

Xi highlighted that the goal of the reform is to strengthen supervision over public power and everyone in the public service. He demanded law-based use of public power, closing supervision loopholes, and minimizing the space where power can be exercised at will.

Action should be taken to curb cases of abuse of power and dereliction of duty, Xi said, urging efforts to support officials who are willing to assume responsibility and clear the names for those suffering from false accusations or are framed in a timely manner.

Xi spoke of the need to maintain a tough stance on corruption, guide cadres to strengthen their ideals and convictions, tighten political supervision, improve related laws and rules, enhance coordination and strengthen the leadership of Party committees at all levels over the disciplinary inspection and supervisory system reforms.

The disciplinary inspection and supervisory agencies should leverage the advantage of working together to better coordinate their respective oversight functions, Xi said.

He noted that the disciplinary inspection and supervisory agencies must closely follow the CPC Central Committee regarding their thinking, political orientation, and actions.

Xi urged staff of the disciplinary inspection and supervisory agencies to enhance their sense of laws and rules, especially the awareness of following due procedures and to set an example to observe the laws and disciplines.