HANGZHOU, April 1 (Xinhua) - Xi Jinping, general secretary of the Communist Party of China Central Committee, has urged efforts to promote the smooth flow of products out of and into the country. 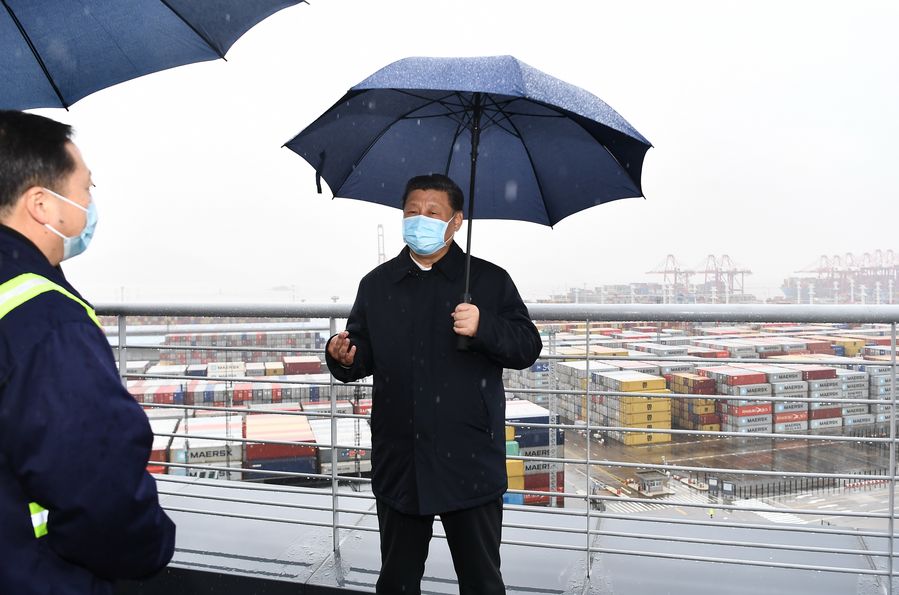 Xi, also Chinese president and chairman of the Central Military Commission, made the remarks during an inspection tour for COVID-19 control and work resumption in east China's Zhejiang Province from Sunday to Wednesday.

On the first leg of his tour, Xi visited the Chuanshan port area of the Ningbo Zhoushan Port, whose throughput has recovered to normal levels due to the timely measures it adopted to resume production.

The Ningbo Zhoushan Port took the lead in resuming production, which was of great significance to promoting Chinese enterprises to resume work and production as well as restoring the logistics system and the global industrial chains, Xi said.

He called for efforts to cope with and blunt the adverse impacts of the global restrictive measures on cargo shipping and facilitate the smooth flow of the country's exports and imports.