XI'AN, April 21 (Xinhua) -- Xi Jinping, general secretary of the Communist Party of China Central Committee, on Monday urged local officials to be guardians of the ecological environment of the Qinling Mountains during his inspection tour in northwest China's Shaanxi Province.

Xi made the remarks while visiting Niubeiliang National Nature Reserve to learn about ecological conservation in the Qinling Mountains. 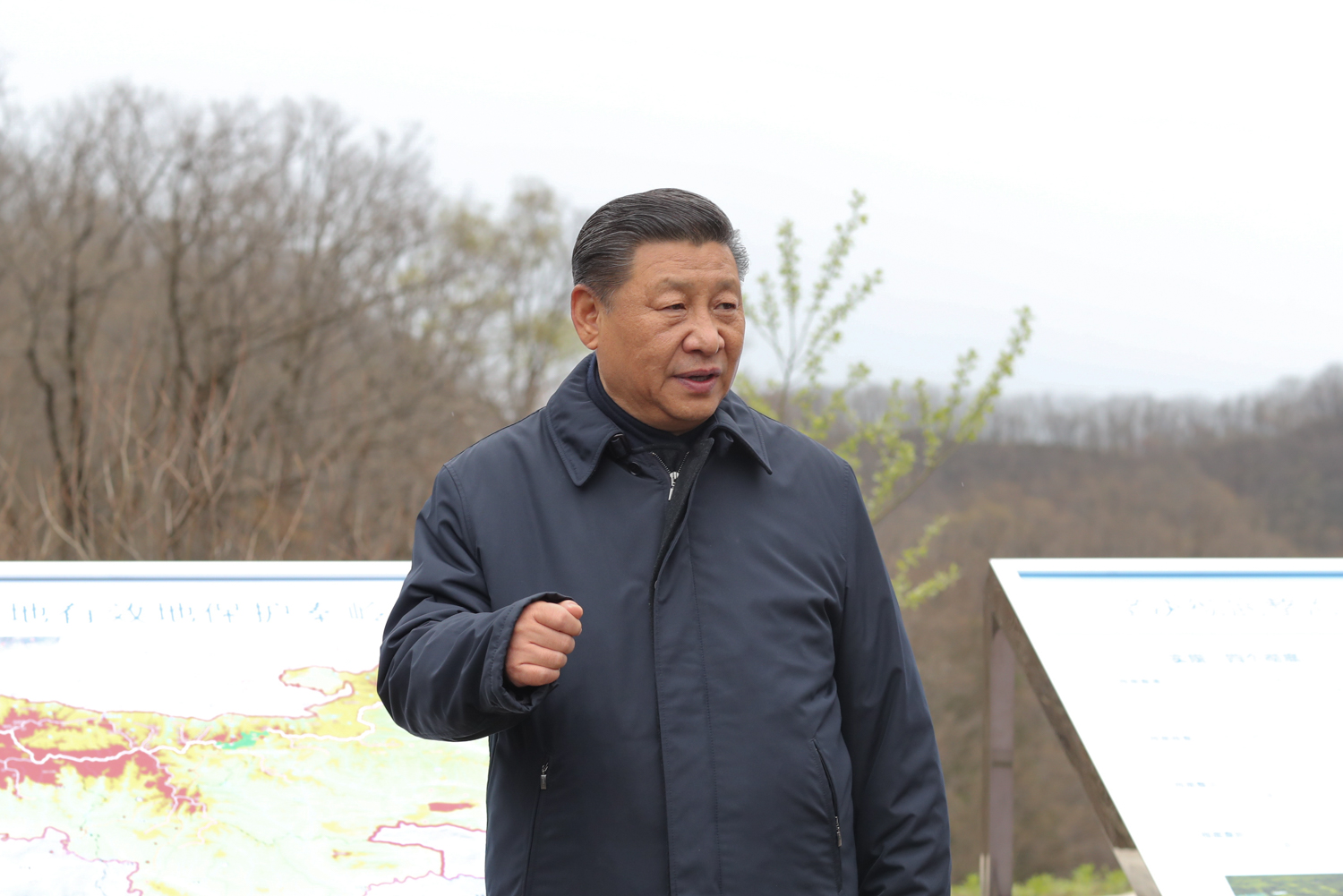 "The illegal construction in the Qinling Mountains is a big lesson," he said. "From now on, any official working in Shaanxi should above all learn this lesson, avoid repeating the same mistake and work as a guardian of the ecological environment of the Qinling Mountains."

As a natural boundary between the country's north and south, the Qinling Mountains are home to a huge variety of plants and rare wildlife such as giant pandas, golden monkeys and crested ibis.

After July 2018, more than 1,100 illegal villas at the northern foot of Qinling range were demolished according to law and a number of officials concerned were investigated for disciplinary and law violations, among China's efforts to preserve both the natural beauty of mountains and waters and the political integrity of officials, which are championed by Xi.